Why so much hate though?! (Spoilers obviously...)

People are passionate about 'Stranger Things' and we totally understand why. An 80s fuelled soundtrack, Millie Bobby Brown being as bad-ass as always and crazy shadow monsters trying to destroy a town...what's not to love right?

Well, we can tell you what's definitely not to love: 'Stranger Things' Season 2, Episode 7.

Stranger Things 2 was nearly flawless. The only episode that made me pissy was Chapter 7, The Lost Sister. What a terrible episode

There are a lot of reasons episode 7 of Stranger Things 2 doesn’t work. Like... a whole lot.

Why is it creating such a stir we hear you ask? Well, if you haven't seen the episode yet, it is time to stop reading now!

The episode takes us away from the gripping action taking place in the town of Hawkins and follows Millie Bobby Brown's character 'El' to Chicago where she seeks her sister (who also has some pretty schweet powers).

El begins hanging out with her long lost sister's gang in attempt to hone her powers and tbh it feels like a completely different show. Creators of the show, The Duffer Brothers have given their reasons why the episode is the way it is:

“Whether it works for people or not, it allows us to experiment a little bit,” says Matt. “It’s important for Ross and I to try stuff and not feel like we’re doing the same thing over and over again. It’s almost like doing a whole little other pilot episode in the middle of your season, which is kind of a crazy thing to do. But it was really fun to write and cast and work on.” 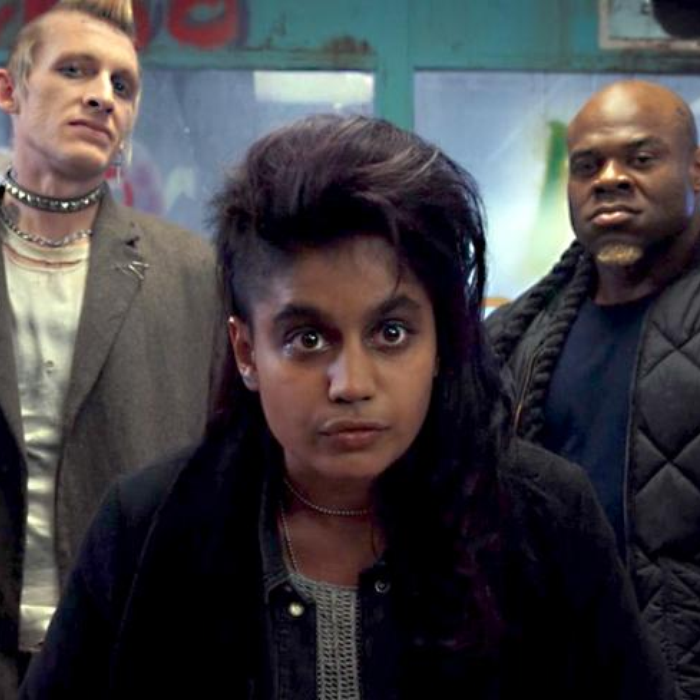 They added, "Our test of the episode was we tried to pull it out of the show just to make sure that we needed it because I didn’t want it in there as filler — even though some critics are accusing us of doing that. But Eleven’s  journey kind of fell apart, like the ending didn’t work, without it. So I was like, whether this works or not, we need this building block in here or the whole show is going to collapse. It’s not going to end well. The Mind Flayer is going to take over Hawkins."

Feel any about it? Nope...well no doubt it'll be a year and a bit until the third season comes out...not long to sit and think about it then...