Stephen Bear Has Confirmed His Break-Up From Charlotte Crosby On Twitter, But She Had NO Idea Until She Saw The Tweet

It would seem that Stephen Bear and Charlotte Crosby have broken up... again.

Bear himself has taken to Twitter to confirm that the pair have parted ways, as he parties it up in Las Vegas.

> Charlotte Crosby Breaks Down In Tears On Live TV, Hours After Gaz Beadle Announces He's Having A Baby 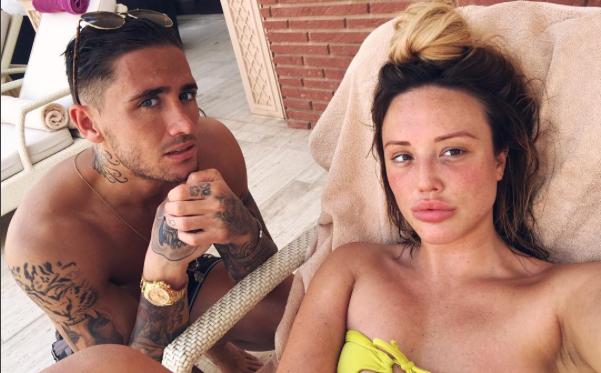 He simply wrote: "Sadly me and Charlotte have split up. We have had a good run but we wasn't right for each other".

Sadly me and Charlotte have split up . We have had a good run but we wasn't right for eachother x

NGL, we're gutted for them both!

However, it seems that only one half of the couple knew they had broken up as sources have revealed that Charlotte had no idea that their relationship was heading to an end. She's currently on tour in Ireland where she's promoting her new cosmetic line and sources have claimed that "Charlotte literally had no idea Stephen thought their relationship was in a bad way".

They continued: "They kissed and said goodbye when he flew to Las Vegas and he had been a great support to her over these past few days with everything to do with Gaz. She's been giving interviews in Ireland where she's talked about Stephen and how much she loved him. She logged onto Twitter and saw his message, she's in pieces and can't believe her fairytales ending has been shattered".

Regardless of the circumstances, we're sending them both tonnes of love because break-ups are the worst.

She hasn't had an easy few days as she also appeared on Irish television where she broke down in tears after hearing of ex-boyfriend Gaz Beadle's baby news.