This Guy Used Snapchat To Get An Actual Job - And It's Total Employment #Goals!

Now when your mum says you're "wasting your time" on Snapchat, you can actually tell her you're job hunting!

After stepping on an up-turned plug or picking up an avocado that's past its prime, job hunting is pretty much the worst thing ever.

From spending hours picking out the perfect font for your CV, deciding what shoes to wear for the interview and answering questions like "what sort of animal would you be?" - searching for a job is just no fun.

> Celebrity Snapchat Usernames - All The Info You Need To Up Your Stalking Game!

This is Graham Allgood from Southern California - and he had an AMAZING plan for getting a job - use Snapchat! 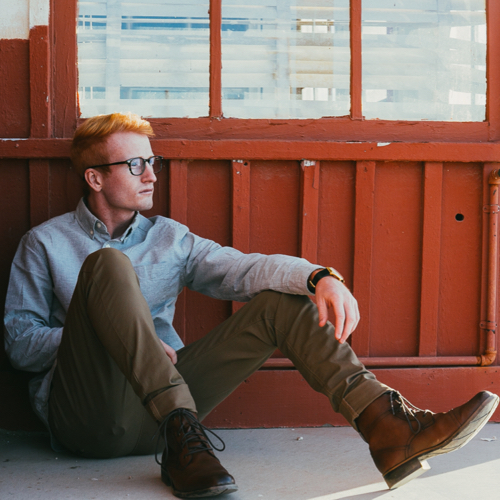 Okay, so there's a little more to this story than just sending someone rainbow-vomiting selfies - and actually involves a little bit more creativity.

Remember a few months ago when we told you that you could create a custom Snapchat filter for your next house party? Well turns out you could use it to hound potential employers for a job!

> Snapchat Trophy Case - How To Unlock All The Achievements On Snapchat

Graham had his eyes set on an internship with American media agency Horizon Media - and created a custom filter surrounding their New York offices.

After setting up his filter, Graham set round 2 of his plan in motion by getting the company's attention on Instagram.

Horizon Media were so blown away by Graham's creativity that they emailed him at 4pm the same day, and offered him an interview less than 24 hours later.

So there you have it, turns out all that time your mum says you're "wasting" on Snapchat could *actually* land you a new career!