Well this is one way to confirm those dating rumours...

We've talked a lot about this possible romance between between Charlotte Crosby and Ash Harrison recently.

The pair have been seen enjoying each other's company on plenty of occasions and appear to be getting really cosy with each other.

Now Ash has posted a Snapchat which pretty much confirms those dating rumours but fans are less than happy about the contents of it.

The former Big Brother star posted this picture of Charlotte with the very crude caption, 'This is where my p***s goes'. 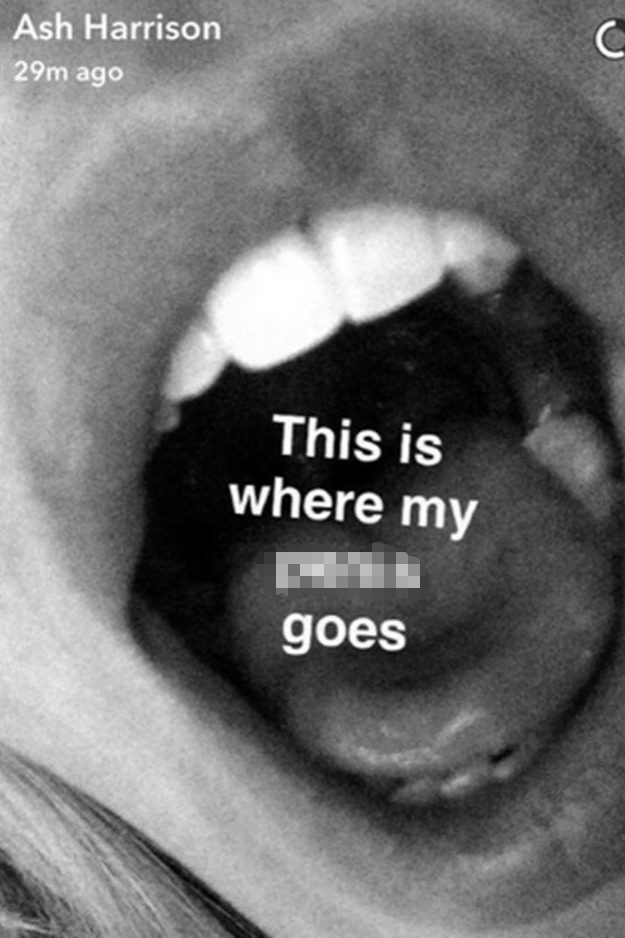 Fans weren't happy about the picture and some voiced their opinions online...

charlotte needs to break up with ash Harrison why would she date someone who puts that on that is proof pic.twitter.com/YnYFOZgnOx

@Charlottegshore that is you and its ash Harrison snapchat you have got to break up with him you canDo better please pic.twitter.com/2FGIs4cNLP

@Charlottegshore ditch him! You're his leg up to a celebrity life! You are worth more!

Ash has since claimed that he wasn't actually the person who sent the picture with a couple of tweets himself...

Do not let people go rogue on your snapchat. Pooooor bantzzzzz

Charlotte then tweeted these mysterious tweets...

And then stepped up to defend her alleged new boyfriend and claim that she was the one who sent the Snapchat...

@Fittodrop4 @Daily_Star I did it myself I posted it for a laugh of his phone and he deleted it as soon as he realised. So if any1....

So the situation is all very confusing.

But it does seem as though the pair are indeed dating.

So we'll watch this space with these two!