WATCH: Skrillex Telling A Photographer To Follow His Dreams Is Actually The Nicest Thing

Skrillex has just proved he is one of the sweetest stars around – the way he dealt with being papped is rather sweet!

We’ve all seen how the Kanye West’s of the world react to being harassed by the paparazzi, but we’ve never seen a star being quite as sweet as Skrillex!

When a TMZ cameraman stopped him in LA, rather than getting angry like some stars have been known to do, Skrillex took the camera off him and proceeded to interview the cameraman instead.

Skrillex turned the camera on Cody, the TMZ cameraman, and asked him what he wanted to do with his life. When Cody replies that he would like to be a director or a sports journalist, Skrillex tells him to “Follow your dreams, brother”. 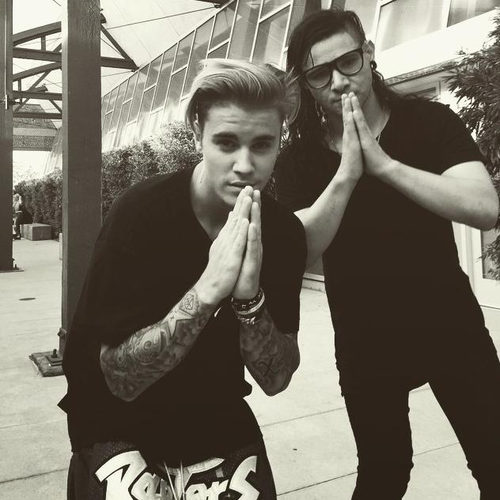 Cody then replies, “Jesus man, you made me feel really good”. If you can watch this without feeling a little warm and fuzzy inside, you’re literally made of stone.

As well as motivational speaking to random photographers, Skrillex has clearly had a good influence on former bad boy Justin Bieber, as the pair plus Diplo created the BRILLIANT 'Where Are You Now'.

WATCH: Go Behind The Scenes On Diplo, Skrillex And Justin Bieber's 'Where Are U Now' Video Shoot