Joining Dave Berry and Lisa Snowdon on Capital, Simon Pegg called up his friend Nick Frost for a special morning wake up.

Challenged to get Nick Frost on the phone at 7 o'clock on a morning, Simon Pegg dialled the number of his celebrity pal to gently wake him up... The conversation to follow was nothing short of EXPLICIT!

Number three in his favourites list, after his wife and personal assistant, Simon Pegg pulled off his challenge to book a celebrity guest on to the show and successfully hosted an interview with the star of the upcoming movie 'The Huntsman', Nick Frost - who filled us in on exactly what he's up to whilst at home. 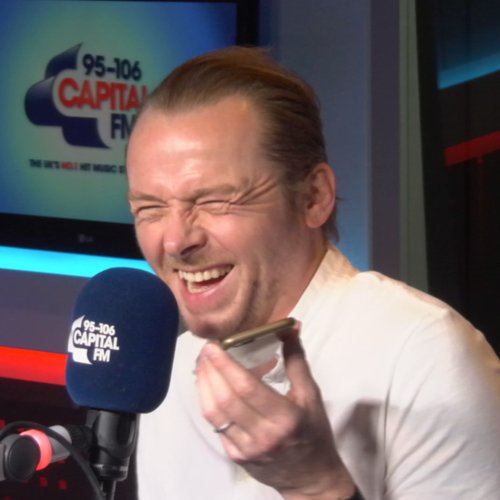 Simon visited Capital ahead of the release of 'Absolutely Anything' in cinemas Friday 14th, and continues to be one of THE most entertaining guests to visit Capital's Dave Berry and Lisa Snowdon, following this unforgettable musical moment performing Pharrell Williams' 'Happy'... Legend!