Well, they had to start somewhere, but looking back at these stars first auditions is pretty incredible!

Is there anything better than a good old celebrity #throwback?

We don't think so, so we had a dig around the internet and unearthed some of our favourite stars' early audition tapes and screen tests... and they've become our new favourite thing ever.

How Tall Are They? 37 Celebrity Heights You'd NEVER Believe Are True!

Way back before she became a famous pop star and actress, Selena Gomez auditioned for the Disney Channel - and she even told the casting director that she wouldn't cry if she didn't get the gig - but it would be pretty cool if she did... and the rest is history!

So it turns out even baby Miley had some serious sass! It's no wonder she was a shoo-in for the role after watching her absolutely smash her screen tests - though it's a very different Miley to the one we know now, she's always been talented!

Beyonce performing a number from The Wiz

Waaaaaayyyy before she became the booty shaking Queen Bey herself, Beyonce was already making waves by winning talent competitions left right and centre at just 7 years old. And if this video proves anything, it's that Bey was born with that VOICE! 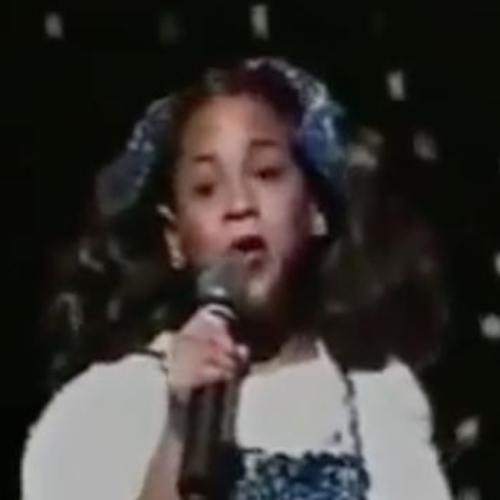 We can NOT even cope with the adorableness of baby Dan Rad! He's definitely gained some confidence since this little video, but it was already obvious from day one that he would be the perfect Potter choice.

Never let it be said Miss Minaj doesn't give her all to her art! She got so into this particular bit of improv that she accidentally almost hit her classmate with a phone!

Before she burst onto the scene with 'Pon De Replay', 15-year old Robyn Fenty was already stunning with her soulful performances. She's definitely come on leaps and bounds since those days, but she was already showcasing some impressive vocal talent!

Before she made it on the Mickey Mouse Club, Britney was already competing in Star Search, and she's always had the moves and the vocals!

Before she became a regular on the Disney Channel, Demi Lovato was a budding actress and this is the audition that got her noticed!

Because even the best have to audition sometimes!

Seriously... these girls are so great.