Scott Disick is a little cutie, isn't he? After his brief "fling" with actress Bella Thorne, he sent her a huge bouquet of pink roses. There. End of. That's it.

> The 5 Key Questions That We Hope Will Get Answered In Kylie Jenner's Spin-Off Show, 'Life Of Kylie' 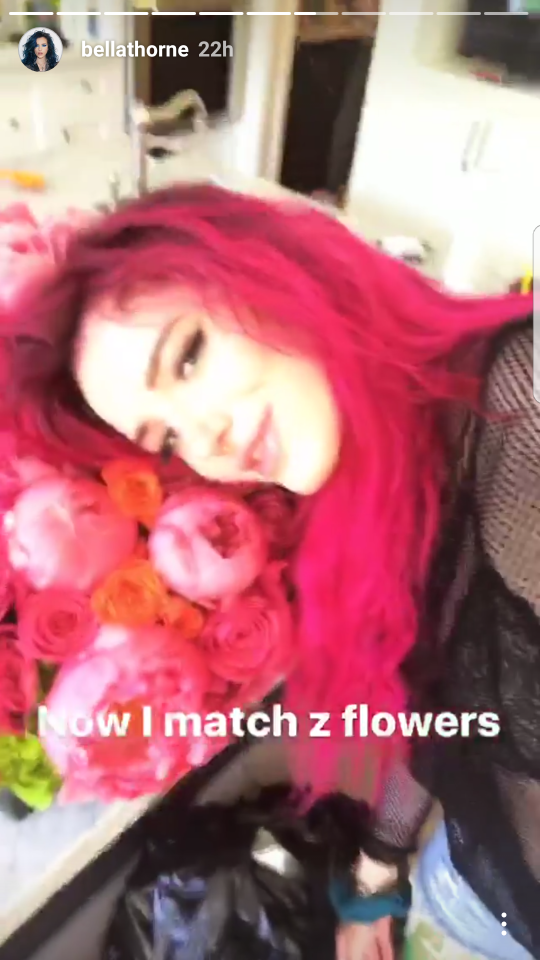 The pair were caught getting rather snuggly during Scott's European vacation, so it appears like the flowers could have been an apology for his all-night partying. The 19-year-old, Bella, even shared a photo on her Instagram Story, saying the roses matched her pink hair.

However, just a few hours earlier, Kourtney uploaded a picture to Snapchat showing a very, very, VERY similar display of flowers. Coincidence? We (nor anyone else who follows Kourtney or Bella) think not.

When they're not uploading Snapchats of very subtle pink roses, the Kardashians are just - frankly - winning at Snapchat...