This is our favourite #womance ever. No question!

This looks like the start of a BEAUTIFUL friendship! Actresses Nina Dobrev and Ruby Rose have formed a FIRM BFF status over the past few weeks on the set of their new film together… involving a LOT of pranks!

First up you have former The Vampire Diaries star Nina Dobrev scaring Orange Is The New Black’s Ruby by jumping out at her in her trailer: (Warning: explicit language)

But what happened next was EVEN funnier!

“After I scared the c**p out of her last week, she retaliated back,” Nina posted. “In true Narcissist fashion. By covering my entire trailer with photos of herself. Stay tuned y’all. The war has begun. #ScareWars. Watch your back Rose… watch your back!” 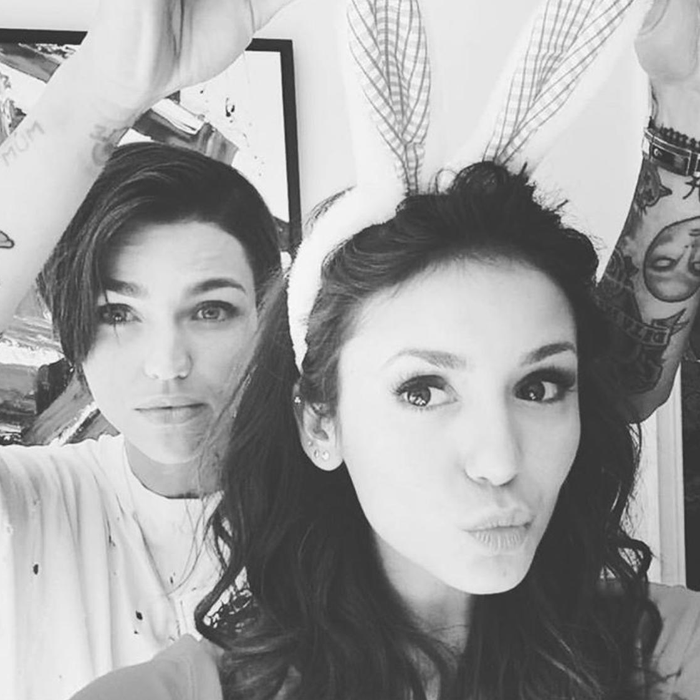 We are LOVING this banter between two of our favourite actresses! Stay tuned for more!