Twitter's usually a place so full of love; but once in a while (or once every three seconds) there's some MAJOR celebrity conflicts; like this battle between Khloé Kardashian and Chloë Grace Moretz!

After the ENTIRE Internet took to Twitter to discuss that call between Kanye West and Taylor Swift, some of TayTay's pals got involved, including actress Chloë Grace Moretz, who was attacked by a certain 'KUWTK' star.

Fortunately, she's got the ultimate legend, Ruby Rose, defending her after Khloé Kardashian posted a rather provocative snap online.

The 'Orange is the New Black' icon replied to Khloé saying "Yo Khloe I thought you were rad when I met you but this is awful and this is a 19 year old girl."

@ChloeGMoretz @0hbubbl3s @khloekardashian Yo Khloe I thought you were rad when I met you but this is awful and this is a 19 year old girl.

Since then, the post has been interacted with over 150k times. 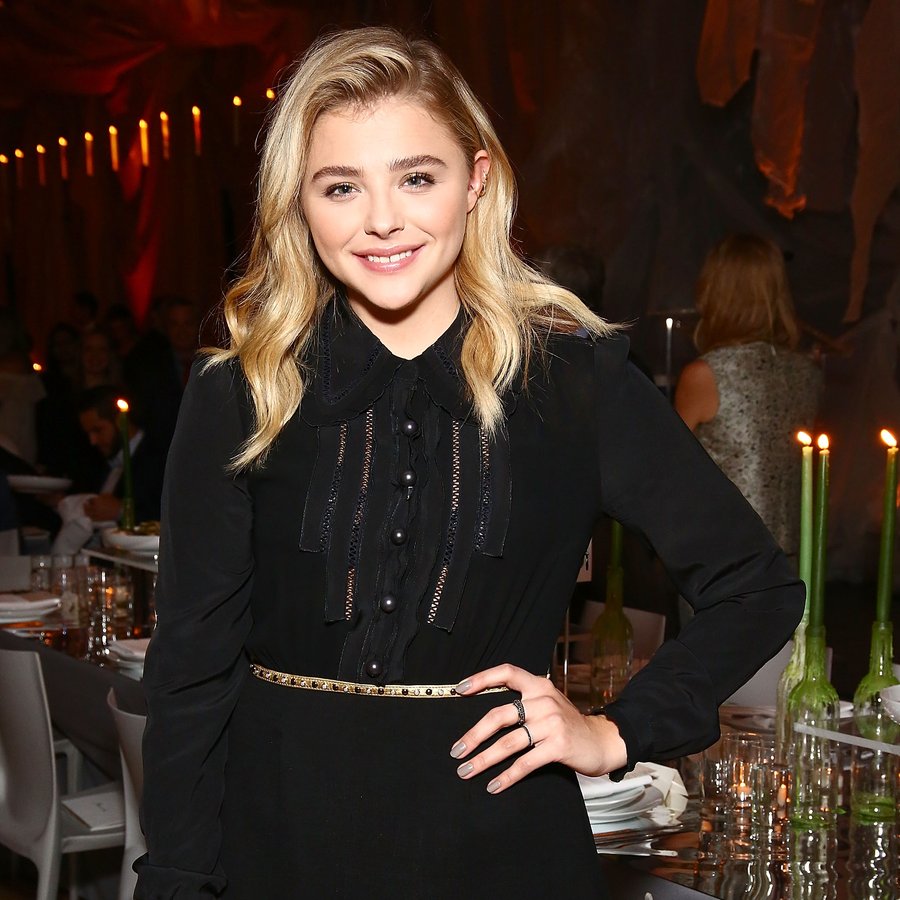 The post comes after Chloë initially posted her discomfort with the current state of everyone talking about the conflict between Taylor and Kanye, which originated after Kim Kardashian filmed a conversation between her husband and the 'Shake It Off' singer apparently agreeing on the lyrics to 'Famous'. The 'Carrie' star wrote: "Everyone in this industry needs to get their heads out of a hole and look around to realize what's ACTUALLY happening in the REAL world"

Following this, Kim's sister swarmed in to rescue her sibling saying "Is this the a hole you're referring to @ChloeGMoretz ???" 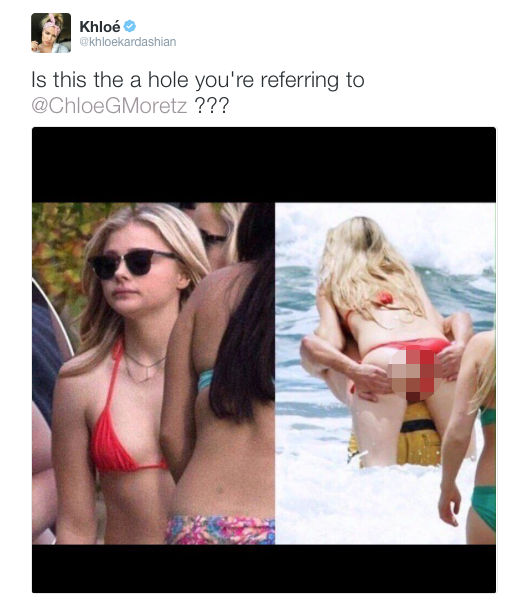 It does, however, seem that Khloé was inaccurate with her slur, after Chloë (and a series of her fans) proved that it wasn't her in the right of the photo, as all of the stills from her movie 'Bad Neighbours 2' show her wearing a blue bikini on her lower half.