A Mag Labelled A Whole Different Person As Ruby Rose - & She Gave Them EPIC Sass!

Talk about messing it up! Ruby Rose called a magazine out about them printing the wrong person labeled as her – and we love her even more for it.

We loved Ruby Rose anyway, but we kind of love her even more after this – she’s just called out a magazine for printing a photo of the wrong person and labeling it as her – awk!

What A Transformation! 18 Pictures Of Ruby Rose Through The Years

Yep, Ruby posted a photo of a ‘who wore it best?’ style page of an unidentified magazine which had pitched ‘her’ against Gigi Hadid in a Balmain x H&M dress… the only problem was that the woman in the picture wasn’t ACTUALLY Ruby at all…

When it's not even you but you are told you should NOT have worn that clutch. Ok I'm sorry X

Ruby took to Instagram to post the photo with the caption “When it's not even you but you are told you should NOT have worn that clutch. Ok I'm sorry X”. LOL.

SO much sass – as if we’d expect anything less from this feisty lady! LOVE it.

Ruby Rose Wore SEVEN Outfits To Co-Host The MTV EMAs... And We Loved Them All 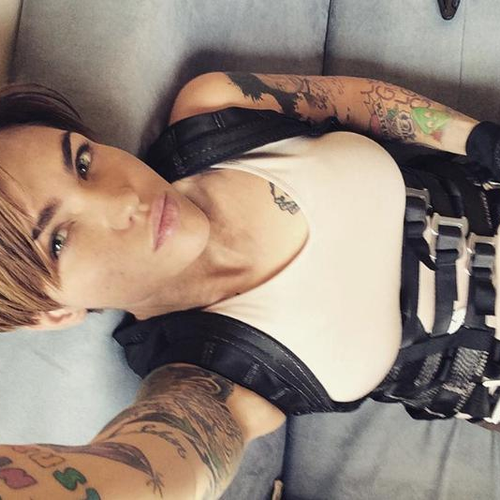