Hear Us Out, But This Theory That Ron Weasley IS Dumbledore Kinda Makes A Hella Lot Of Sense...

Just go with it, okay?

We've got the entire Harry Potter series on VHS, DVD and Blu-ray, so we can say goodbye to our social lives in standard and high definition now. Don't hate us - you're just jealous because you wanna watch Harry Potter all day too.

That's why - when we came across this, quite frankly, harrowing fan theory that Ron Weasley is actually the same person as Albus Dumbledore, we had to watch every Harry Potter film again. For research purposes, obvs.

While someone could have been doing something, y'know, worthwhile with their spare time, they were instead dissecting JK Rowling's work, and proving that Harry's BFF, Ron, is actually his headmaster, Dumbledore. Okay, before you click off of this page and watch cats on pianos, just hear us out...

In the seven books, both Ron and Dumbledore were described very similarly, during their youth. Both described as having "long, thin noses" and red hair. Who else could have a nose and red hair?! Case closed.

It's known by proper, proper Potterheads that Dumbledore has a scar on his left leg. "How did he get that scar?" we hear you ask. And even if you're not asking, we're answering it. No, it wasn't because Albus fell off his bicycle the first time he attempted to use it without stabilisers. We reckon it's an effect of when Ron broke his leg during a battle with the Whomping Willow.

How many times do you really see Ron and Dumbledore chatting? Like, Harry and Albus are as tight as Tupperware. They're like the wizarding version of Joey and Chandler. But Ron very rarely crosses paths with his own school's headmaster. In fact, one of the books actually says "As far as Harry knew, Ron and Dumbledore had never been alone together, and direct contact between them had been negligible." And you may wanna sit down for the next point...

Dumbledore is like a cuter version of Santa. Not only do they both have fluffy white beards, but they both know exactly what's happening anywhere and everywhere. It's as if he's already seen it before. As if... HE WAS ACTUAL RON WEASLEY, FROM THE FUTURE! We 100% believe this to be fact. We're not even the tiniest bit sceptical ever. Nope. Not. One. Bit.

Okay, maybe we're a tad bit sceptical after JK Rowling, the creator of the franchise and just all-round legend, went and said that the whole theory was in fact false, on Twitter.

We've legit only just found out about the 'Ronbledore Theory' about two and a half minutes ago, but we've bonded with it, okay? We feel as if our whole wizarding life has been a lie. We're just gonna have to come up with a new theory to fill that void. Erm... Hermione is actually Niall Horan?! 'Cause, y'know, they both have hair... 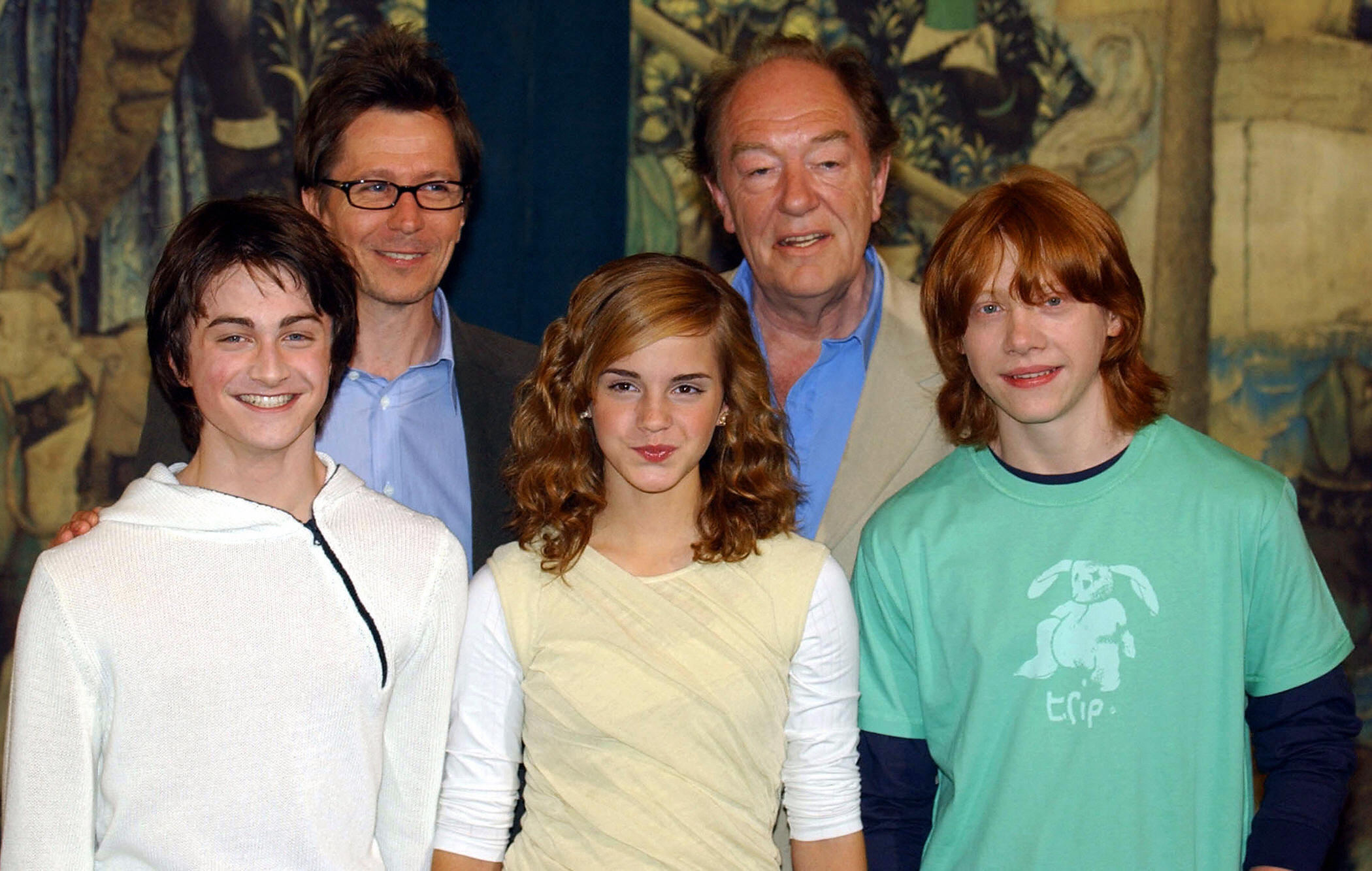 Did you think it was confusing that Ron was Dumbledore? Wait until you see how confusing it is when Stranger Things' Eleven is Harry Potter. You're welcome...