When a superstar loses her phone, you would expect one of her team to find it... not a stranger... who then heads to Coachella and hijacks her Instagram & Snapchat.

So, you thought Pretty Little Liars was confusing… wait until you get a hold of this EPIC Coachella adventure that Troian Bellisario had. That’s #PLL's Spencer, to you and I, FYI.

All you need to know thus far is that the actress lost her phone, a guy called Jack Wagner then found her phone and THIS is when everything went a little crazy. 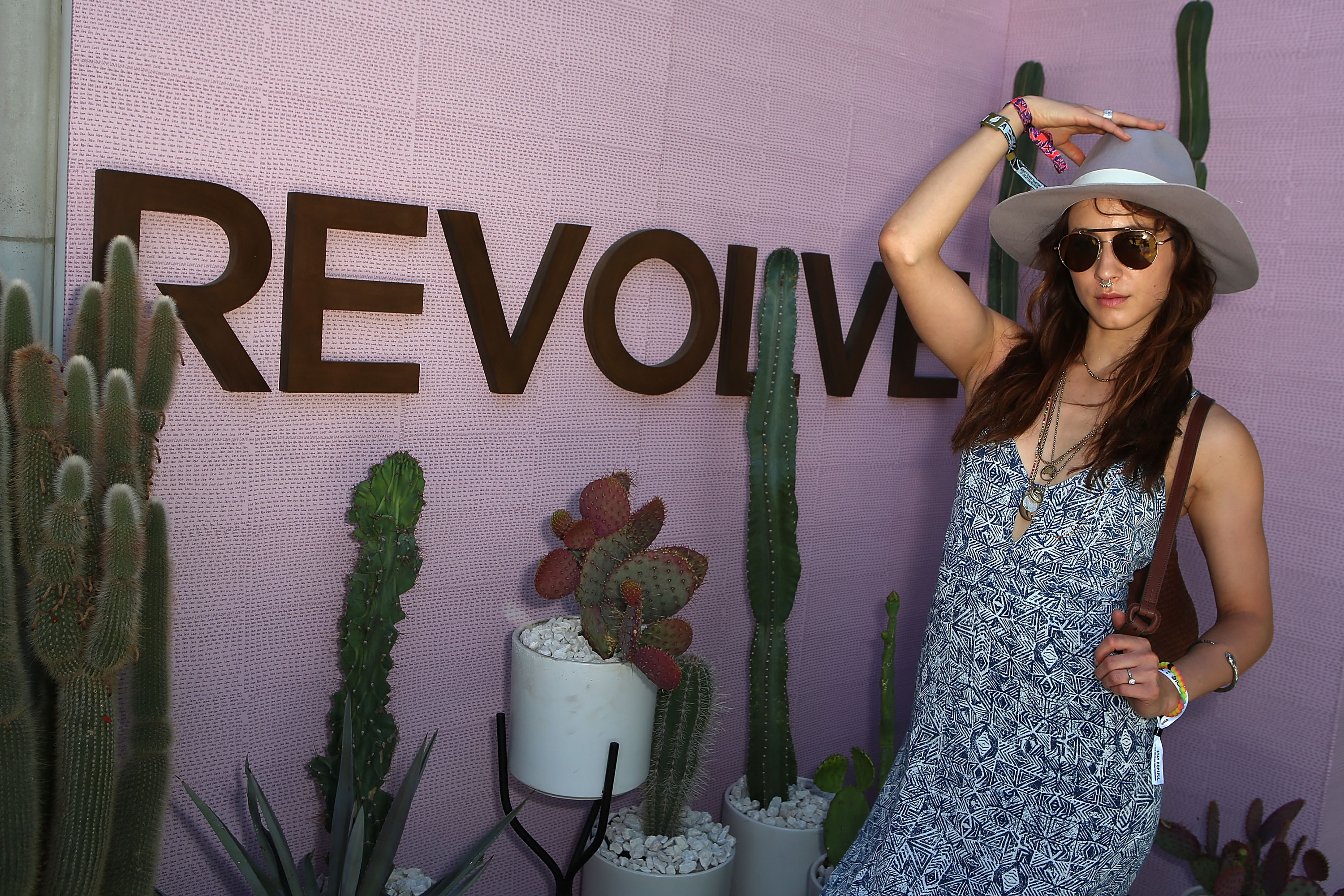 When a picture of her bag appeared on her own Instagram, her fans were slightly confused.

And then they read the caption; “Hey i found your phone/bag outside griffith. I texted some contacts in ur phone with my number but nobody’s responding. I gotta head out in 30 mins please hit me up. Lol you have a lot of followers”. LOL, INDEED.

Hey i found your phone/bag outside griffith. I texted some contacts in ur phone with my number but nobody's responding. I gotta head out in 30 mins please hit me up. Lol you have a lot of followers

Her taste in music then surprised everyone.

Posting a picture of rock band, Disturbed, on her Instagram page wasn’t likely… But then the caption kind of reassured us that she hadn’t gone punk rock on us; “Why isnt DISTURBED playing at coachella? My uncle tony told me they were headlining and i believed him until now. Apparently he lied to me! Every band at coachella is a joke compared to disturbed. Im extremely upset about this #coachella2016 guys never trust ur uncles especially if their name is Tony.”

why isnt DISTURBED playing at coachella? My uncle tony told me they were headlining and i believed him until now. Apparently he lied to me! Every band at coachella is a joke compared to disturbed. Im extremely upset about this #coachella2016 guys never trust ur uncles especially if their name is tony

Naturally, Troian was kind of losing her mind over the fact some random guy had been posting on her Instagram.

She borrowed her friend and Director, Tommy Bertelsen’s phone to attempt to set the record straight.

Guys. I am so so sorry. I just got a hold of the person who has my phone. (My new phone because apparently my old one was hacked) and I am rushing to get it. Thank you for all the concern and alerts. This will teach me not to unpack my car before a hike when I'm daydreaming like an idiot. Also thank you @docdanger for loaning me your phone. I changed all my Pw but I apologize for the previous posts and if they weirded anyone out. Xx.

Spencer - sorry, we mean Troian, then started to text A - sorry, Jack - to try and find a place to meet up.

At one point, she was literally BEGGING him to look after her phone. Which can’t have been easy at Coachella.

Then she found out about Snapchat.

Needless to say, she was not happy.

sorry. Trying to get all my Pw changed. Just so people don't worry. I've got this under control. This guys weird but kind of hilarious.

Jack finally worked up the courage to mention the Coachella ACCESS ALL AREAS PASSES that Troian casually had lying around in her bag.

And so came the best weekend of his life. 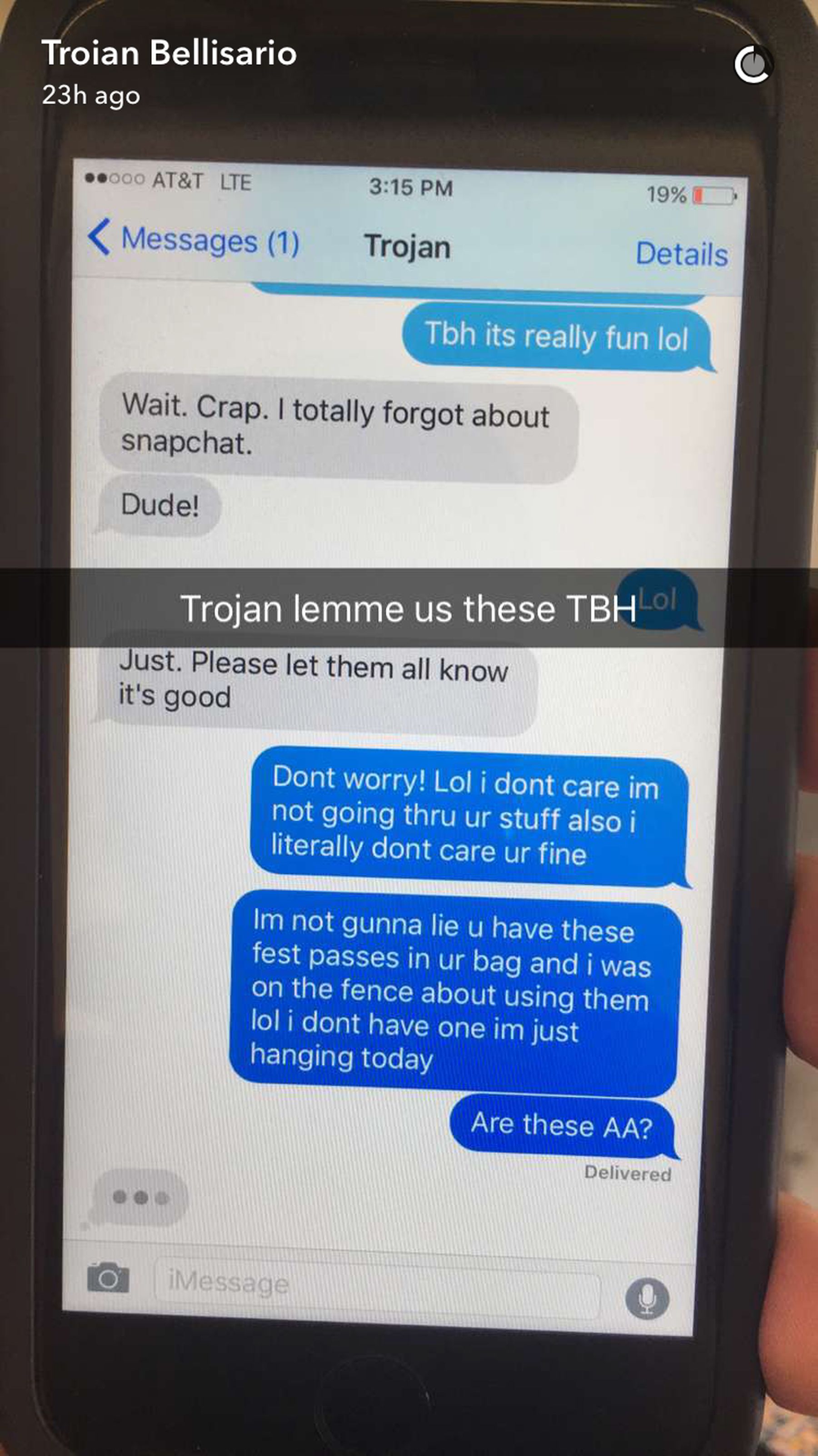 She gave him permission to use them.

On one condition - that he kept her Snapchat open so that she could see what he was up to.

I watching u on snap, Jack.

Jack then joined Skillex ONSTAGE during his set.

Okay The guy who has my phone and my wristbands is now on stage with @skrillex this is a better #coachella2016 than I had. Enjoy it Jack. My snapchat is the best it's ever been. gaia17 if you wanna watch. LOL

He then got to chill with Skrillex.

Does it get much better than that?

@Skrillex if this means I get a private dance party it was well worth it. 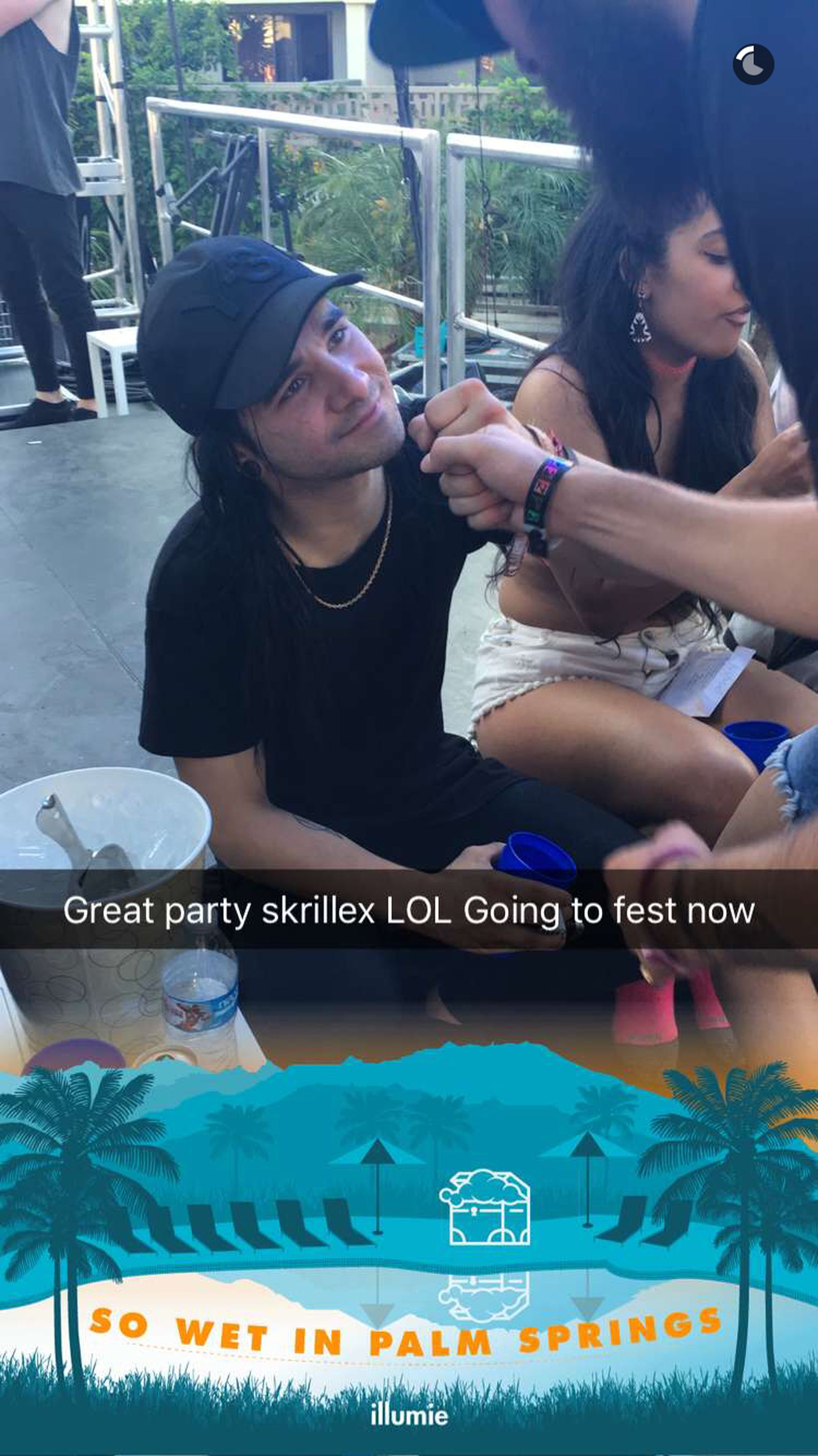 Did he have a better time at Coachella than you, Troian...?

Because... she does not look impressed.

Hosting my own #coachella2016 watching Jack have a blast on my snapchat. #guns&rosé (Photocred: @brendanpatrickhines )

And then… DROP EVERYTHING. Jack somehow managed to get Zedd to takeover Troian’s Snapchat.

HOW IS HE DOING THIS?!

She then started to panic that Jack had died and hadn’t had the chance to give her her phone back.

Luckily, he was alive and he headed over for her Game of Thrones party.

She eventually got her phone back.

And then Jack kind of fangirled over her Teen Choice Award.

i had this girls phone all weekend at coachella and kinda ruined her social media briefly lol @sleepinthegardn im sorry for posting stuff about disturbed on your instagram etc. She has a teen choice award, its a surf board.

And everyone lived happily ever after. 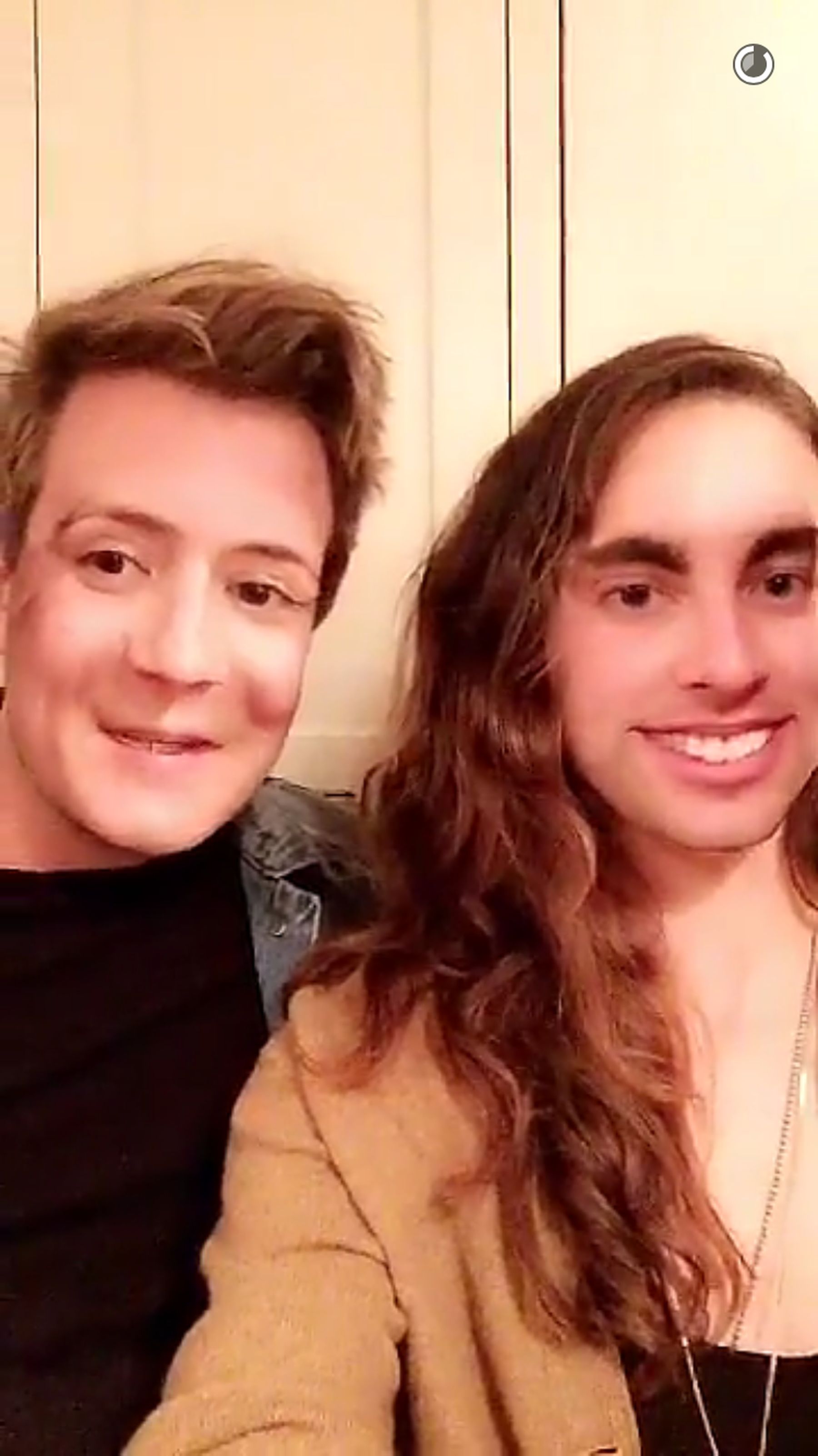