The 7 Most Ridiculous Ways That Pokémon GO Crippled Our Lives…

It's a simple app that lets you fling red balls at augmented monsters... SO HOW COULD IT POSSIBLY HAVE THIS EFFECT ON US?! Prepare to be shocked.

We have two simple words that alone are okay - 'Pokémon' and 'go'. We like the both on their own, but when you merge them together and get 'Pokémon GO', well, the whole world just goes into a frenzy!

The augmented reality mobile game - which allows users to catch the original Pokémon in the "real world" - has literally STORMED the app charts; overtaking the likes of Tinder and Twitter in terms of users. (To be fair, we've already caught more Rattatas than Tinder dates, so it makes sense!) Surely that's it for the app's reign over us, right? RIGHT?!

Wrong. 'Pokémon GO' has taken over our lives in the most surreal ways we could ever, ever imagine... And - quite frankly - it's hilarious. 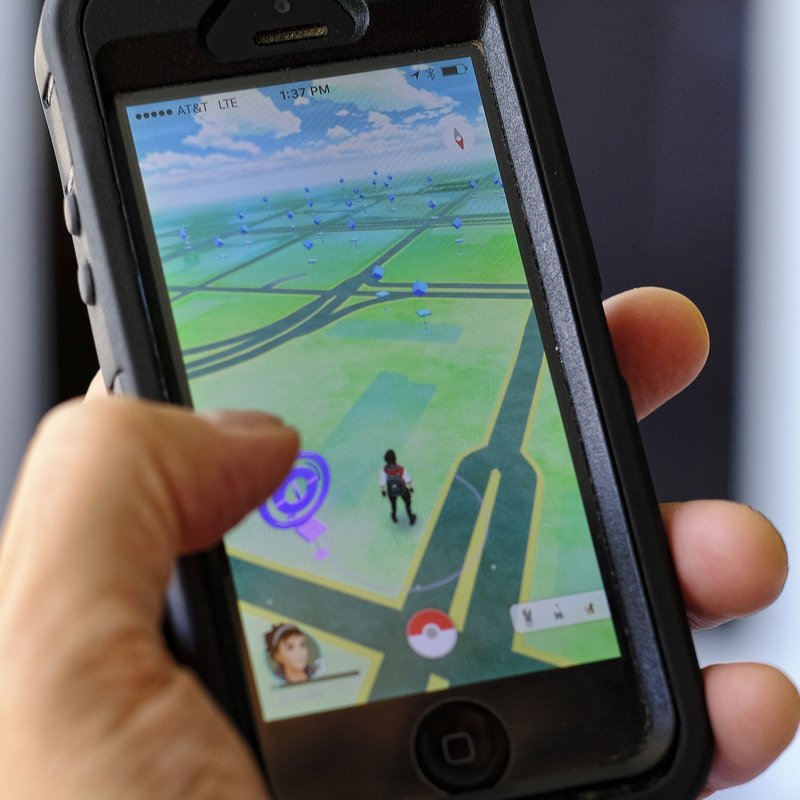 Take the guys who are willing to lose their jobs so they can find a Magikarp!

Some bosses are furious that their employees have spent time during their working hours launching digital Poké Balls and have taken to printing threatening notes... Which looks remarkably like something Team Rocket would do. We're on to you!

Maybe if you spent less time using the company's ink resources, you'd be making more of a profit. Just sayin'. (We've got your back, fellow Pokémon Trainers!)

Still... At least it seems work is the most inappropriate place people are playing this. Or so we thought.

The miracle of life. The birth of your first child is often penned as the most magical, most beautiful day of a parent's life. What could possibly make this breathtaking spectacle of wonder even better?

By throwing a wild Pidgey into the equation... That, or she gave birth to the winged Pokémon. Please be the former of those two.

Father Jonathan Theriot caught the Pokémon while his wife was in labour, giving birth to their daughter. (And no, they didn't name her Pidgeotto. And yes, we're annoyed by that too.)

And that, friends, is the most inappropriate place someone has ever played Pokémon GO. Oh. Wait a second...

Can we all take a second to think about the bloke who's actual home was transformed into a Pokémon gym?

It's one thing to have a dear friend play 'Pokémon GO' at your funeral; it's another to have dozens of strangers swarm your house, waving their phones at you on a daily occurrence.

Spare a thought for Boon, a man whose house has been pinpointed as a Pokémon gym, and people can't get enough of visiting to see if they can become the ultimate champion.

Some are taking it WAY too seriously. Just brace yourself for what he's done. (Gettit. Brace yourself. 'Cos of the belt? Never mind...)

What I wish I’d captured in this photo? DUDE HAD A POKEMON BELT. He’s for real, yo.

Some people have actually taken up rigorous exercise and using real life money just for this!

In the days of trusty ol' Pokémon Red, you'd come across some water, hop on your pal Lapras and sail off into the sunset with nothing but the tap of a button.

Now, if you wanna get to a gym in the middle of the lake, you have to pay real, actual money that you've worked long and hard for, to rent and row a kayak for a good 20 minutes, just like Pokéfan Libby did.

There's a gym IN THE OCEAN. WHO'S BRIGHT IDEA WAS THAT? #PokemonGO #Wellington pic.twitter.com/kBh7yKK6K2

At least she managed to take over the gym and lead her team to victory... Until another Pokémon trainer took over it three minutes later.

And if you weren't into Pokémon before, you 110% will be now.

There are two types of people - one who goes to the gym to bench press and those who go to the gym to train their Eevees. So when the two worlds collide, it's never going to work.

Kristen Tuff Scott wanted to hit the gym and do her thang... The problem is, all of the equipment was being flooded by Pokémon catchers. And in a sick twisted plot to stop them from coming, she attempted to catch all of them in the area. So far, so solid.

The only issue is... The regenerate. (Insert LOL here.) Now Kristen is addicted to the game and hasn't actually hit the gym in days. Still... NO REGRETS!

'Pokémon GO' is even tearing families apart, and we have the evidence to prove it.

We've been waiting YEARS for the day where our mum would text us and say "Are you out catching Pokémon again?" It's been a dream for about two decades.

This... This was never the dream.

Unless this guy is actually dating a real-life Pokémon, this is one family wedding we definitely don't want to attend. End of.

And - most importantly - people are genuinely channelling Team Rocket, and committing crimes just to get closer to hard-to-find Pokémon. Obviously.

The good, ol' Sandshrew. With abilities like 'Sand Veil' and 'Sand Rush', why wouldn't you want to catch that? How about if it meant you actually served time in order to own it?

The Pokémon is quite rare, except for one hotspot - the Darwin Police Station. The featured creature is quite common and while some have been pushing their faces against the window as tightly as they can in an attempt to snatch them, others are... Sigh...

Getting themselves arrested over very minor crimes, so they can have a chance at owning the mousy monster. You know what we said earlier about the 'NO REGRETS' thing? Well, maybe there's some regrets now.