… plus we’ve got the winners list, with everyone from Ed Sheeran to Justin Bieber bagging an award on the night.

It’s a huge night in the celeb calendar, and the People’s Choice Awards 2016 certainly didn’t disappoint, with laughs, tears, a literal kick up the bum and more!

As well as some HUGE and very worth winners (you can find the full list below), there were some truly unmissable moments from the night – including Sharon Osbourne’s HILARIOUS encounter with a stage invader.

While Sharon and her Sharon and her other panelists from The Talk were accepting their award for Favourite Daytime TV Hosting Team, a man jumped on the stage and took the mic – but the feisty ladies dealt with him with ease, with Shazza literally kicking him off the stage and telling him to “Get the f**k off my stage!”. Well, when you’ve kept rock Wildman Ozzy Osbourne under control, stage invaders are small fry!

Some weird dude grabbed the mic while the hosts of @TheTalkCBS were giving their acceptance speech! #PCAs https://t.co/PVugcnvq0b

Any awards show wouldn’t be complete without some incredible performances, and Shawn Mendes and Fifth Harmony’s Camila Cabello stole the show with their stunning duet of ‘I Know What You Did Last Summer’:

Jason Derulo also took to the stage to perform a medley of his new song ‘Get Ugly’ and his classic hit ‘Want To Want Me’ to the delight of the female contingent of the audience – how HOT is he looking lately?!

50 Shades of Grey star Dakota Johnson almost ended up flashing the crowd as her dress broke while she accepted her award for Favourite Dramatic Movie Actress, but she made light of the incident by telling the crowd, “Well, it's not like nobody here hasn't already seen my boobs.”

Dakota Johnson has a really good sense of humor about her broken dress! #PCAs #wardrobemalfunction https://t.co/PYCHLcVHx6

Vin Diesel brought the EMOSH when he took to the stage to perform ‘See You Again’ as a tribute to his good friend and co-star, the late Paul Walker, and while accepting his award told the crowd, “I think of Dom and Brian and I start to think of Paul. My only message to you is you’d be amazed what you can do with love. You’d be amazed at how powerful a force that is. When we didn’t want to come back to filming when the tragedy was too heavy, it was the love of everyone combined that saw us through to the end."

And of course, there were some pretty impressive winners too: 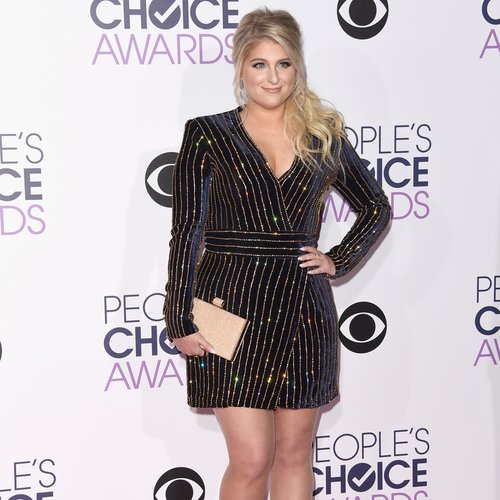 Favorite Song - 'What Do You Mean?' by Justin Bieber
'Bad Blood' by Taylor Swift feat. Kendrick Lamar
'Can’t Feel My Face' by The Weeknd
'Love Me Like You Do' by Ellie Goulding
'See You Again' by Wiz Khalifa feat. Charlie Puth

All Of The Upcoming Album Releases You NEED To Know About!