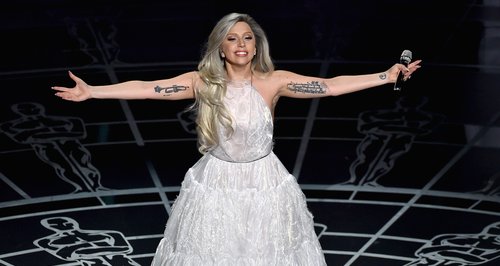 The Oscars are one of the biggest nights for hard-fought awards - but they just wouldn't be the same without some seriously stellar performances too.

With some amazing performers on the bill, all eyes were on the likes of Maroon 5, Rita Ora, Lady Gaga and more as they took to the stage to entertain the winners and nominees.

A whole host of stars took to the stage on the night to give out awards including Jennifer Lopez, Gwyneth Paltrow, Idris Elba and Benedict Cumberbatch, but it was the incredible live performances which brought the house down.

Watch the live performances from the 2015 Oscars below...

Pop Princess Rita Ora took to the Dolby Theatre stage to perform this track from film 'Beyond the Lights'.

Lady Gaga performed a medley of songs from 'The Sound Of Music' to celebrate the legendary film's 50th anniversary, which won FIVE Oscars the year it was released.

The Grammy award winning star took to the stage to perform this song from film 'Selma'.

Jennifer's soulful performance marked the 'in memoriam' segment of the awards, remembering the actors and actresses that had passed away in the past year.

Check out FULL picture highlights from the Oscars 2015 below: