One Tree Hill reunion anyone?

Your wish is our command. 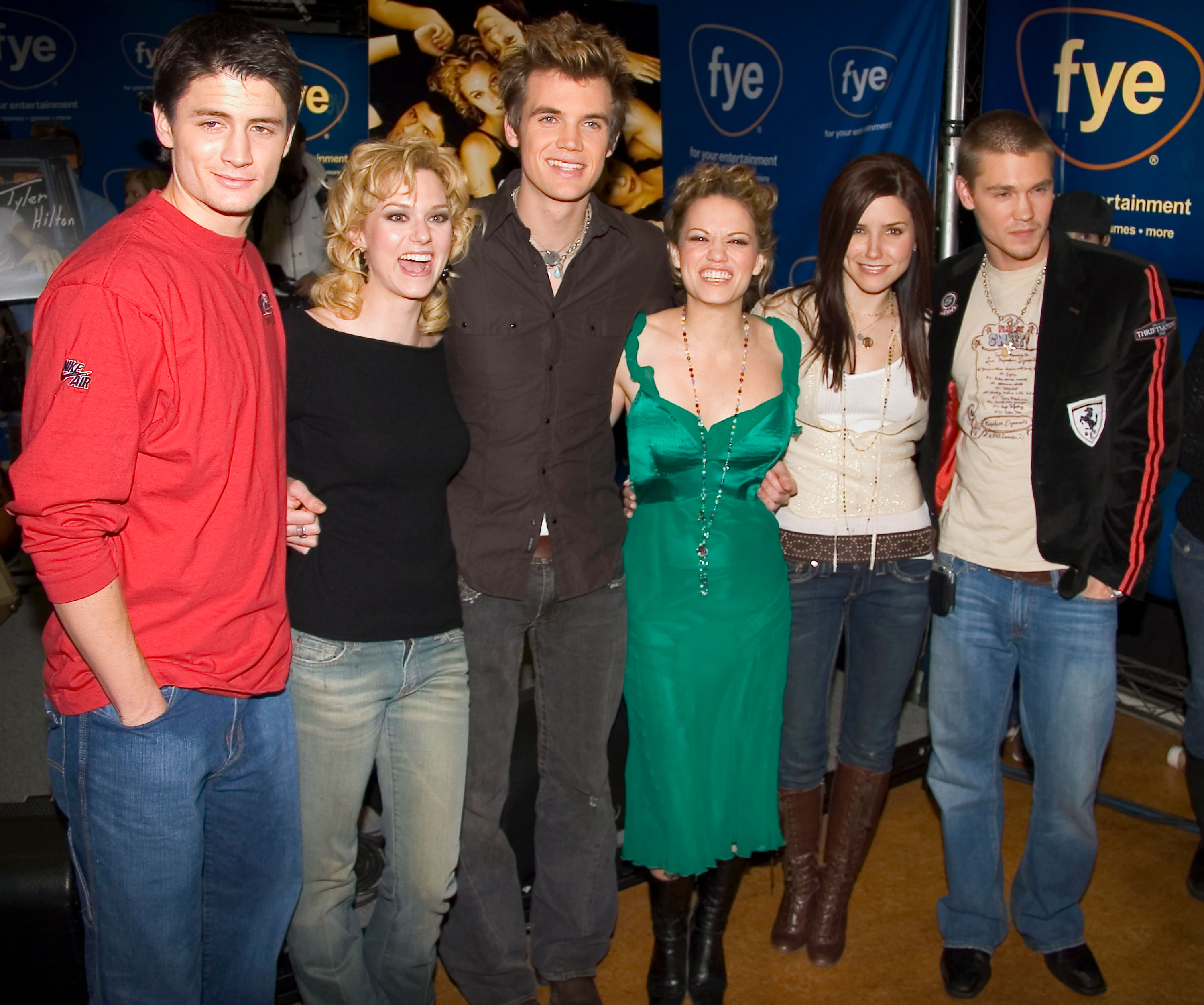 Yep, the whole gang reunited at a fan convention and yes, even Chad Michael Murray was there and YES, HE’S STILL HOT.

The series, which ran from 2003 to 2012 starred Chad, Hilarie Burton, Bethany Joy Lenz, Shantel VanSanten and Antwon Tanner, all of which appeared at the Inside OTH convention in North Carolina, where the series was set.

But wait. It gets better.

The cast took to the stage to sing the show’s theme song, ‘I Don’t Wanna Be’ by Gavin DeGraw.

OH BUT WAIT. BECAUSE THERE’S MORE.

Hilarie Burton - that’s Peyton to you and I - and Antwon Tanner - Skills - then took to the stage to perform a version of ‘Let’s Hear It For The Boy’ and OMG, she can sing.

Now this is one party that we are gutted we missed.

Let's hear it for the boys! @inside_oth #eyecandy #oth

I MADE IT!@inside_oth Sisterly love with the beautiful @joylenz xoxox

Good morning sunshines! We are ready for a #sundayfunday are you?? #oth #quinnton

Spent the last 6 hours painting this for the silent auction this Sunday 9am start at @inside_oth convention in Wilmington. I laugh coz it looks like I just made a stamp! Haha. It's not though... I hope Someone will have this hanging in their bedroom Monday night and enjoy the heck out of it! #treehillravens #oth #lucasscott #insideoth

A little Q&A with #OneTreeHill's Hilarie and Bethany! How great is it to see #Paley hanging out? #OTH #InsideOTH

So many #onetreehill cast members on one stage This #InsideOTH convention is exactly what #oth fans needed.