The pair of comedy stars also sing "unique" versions of 'Stay With Me' and 'Since U Been Gone'.

We didn't think hits like 'Uptown Funk' and 'Stay With Me' could get any better than they already were but, we were wrong!

Now that Guardians Of The Galaxy star Chris Pratt and comedy legend Jimmy Fallon have gotten their hands on the songs they'll never be the same again... now they've been given the 'nonsense karaoke' treatment, that is.

In the video above the duo take on popular songs like Mark Ronson's 'Uptown Funk', Kelly Clarkson's 'Since U Been Gone' and Sam Smith's 'Stay With Me', and perform karaoke version of the tracks... but replace the song lyrics with complete craziness! 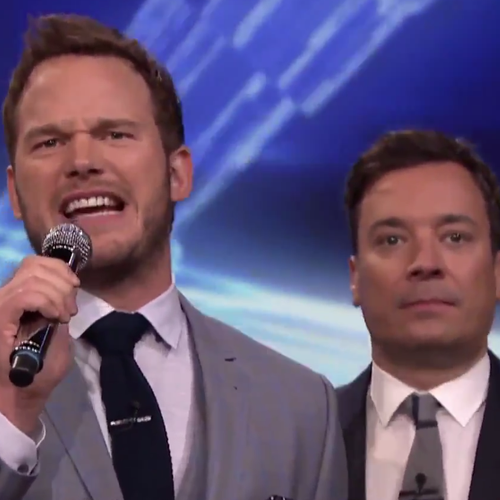