PLUS... Shawn Mendes was live in session with Capital!

Check out ALL of this week's top stories from a string of brand new tracks to an exclusive Capital live session from 'Stitches' superstar Shawn Mendes...

The singer gave us the PERFECT weekend treat - another taste of her new album 'Dangerous Woman'!

Mike Posner Released The Follow-Up To 'Ibiza' & It Is Going To Be HUGE!

The 'I Took A Pill In Ibiza' singer has given us a taste of what's to come - in the form of an INSANE new track.

The girl band star showed off some SERIOUSLY epic vocals in this rendition of the classic Dreamgirls song. SLAY!

When you lose yourself in the music Love a cheeky sing song to myself, LOL Perrie <3https://t.co/jP9vjBL2PT

Yes, after all THAT chat about Beyonce's song lyrics on 'Lemonade', rumour has it Hova is going to be getting his own back. EEEK! 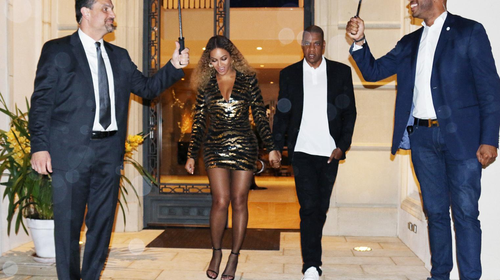 EXCLUSIVE: Shawn Mendes Covered Drake’s ‘One Dance’ Live In Session And It Was… EPIC!

The 'Stitches' star stopped by Roman Kemp's show this week and performed an INCREDIBLE live session including his biggest hits AND a surprise cover.

And he's put out a temporary music video which basically has SO many Hollywood stars in it. LOVE IT!