This Monster Munch Theory Will Turn Your World (And Head) Upside Down!

Nothing beats that crunch, or produces an odour so foul that it'll keep annoying colleagues away. That's why the little foot-shaped pieces of roast beefy, pickled onion-y or flamin' hot-y (?) have become a staple part of the British diet.

Actually, we might have to re-word part of that last sentence...

Years of believing Monster Munch to be claw shaped... Or are they just little monsters with big arms and heads? They even stand up! pic.twitter.com/I2mp8maIo3

The first mind-blowing event of 2017 appears to have happened - and for once, it wasn't the death of a beloved celebrity!

After DECADES of believing that Monster Munch were shaped like feet with claws, someone determined on making the universe explode has worked out that they could also look like monsters with big heads and stubby little arms and legs.

Not wanting to fall for such an OBVIOUS ruse, we decided to go out and buy a packet of Pickled Onion Monster Munch, and perform an experiment. Because, y'know... SCIENCE! 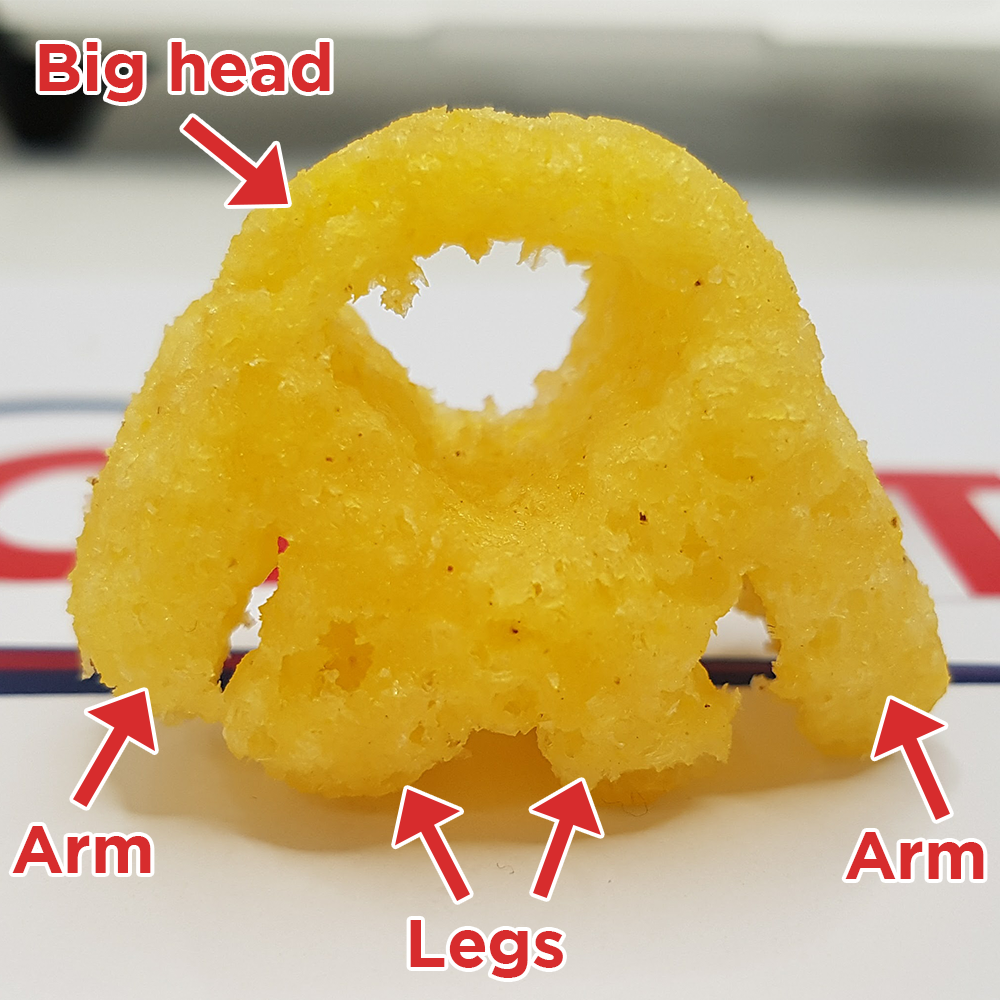 Exhibit A: Okay, when you get down to table level (but seriously, whoever thought of putting their Monster Munch on a table this way is in the same league as the first person to look at a cow and think "Ooh, I'll give those a tug and drink what comes out!"), they do look like fat-headed monsters! 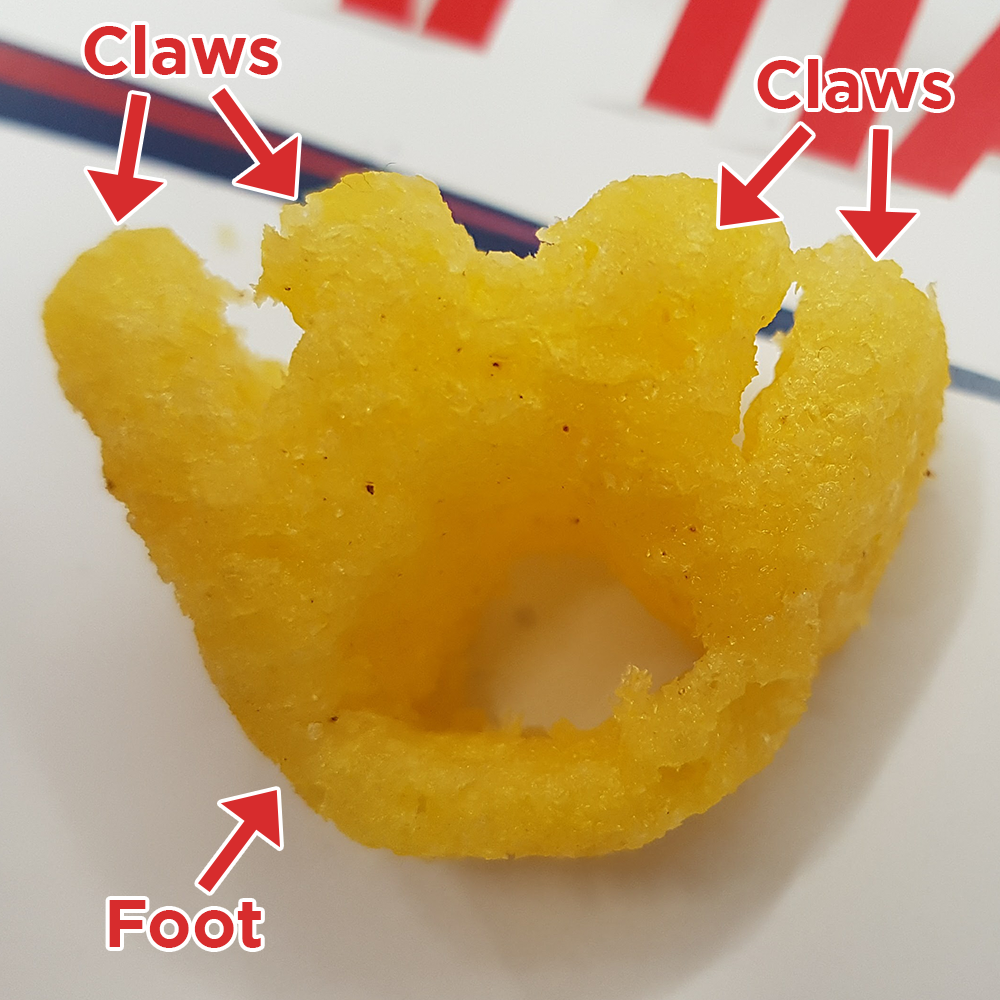 Exhibit B: Yeah. They're feet. We can see the toes/claws!

Okay, so maybe it's time to get an OFFICIAL answer from the people who actually make the crisps...

Fortunately someone saved us the leg work and emailed Walkers themselves. And the answer is...

can rest easy now walkers have replied to my email about what monster munch actually are pic.twitter.com/s4PJhTTtNa

Well, there you go! Back to normal, people!