McBusted’s Cheeky ‘TOURPLAY’ Concert Film Is Coming To A Cinema Near You!

McBusted are making all of our teenage dreams come true by releasing an actual film – exciting!

McFly and Busted coming together to form the incredible supergroup McBusted was the best news of the past year – and it’s set to get even better as the boys will be coming to a cinema near you VERY soon!

Yep, McBusted have announced their first concert film which follows the boys antics on their 35-date UK tour earlier this year – and judging by the trailer, there are some VERY cheeky naked antics guaranteed!

‘TOURPLAY’ will be released in Vue Cinemas on 28th October and the DVD will be available shortly afterwards.

As well as making their big screen debut, the boys are also working on their first studio album as McBusted, and have been working with Blink 182 and All Time Low on their new music.

Will you be buying tickets for the film? Let us know below! 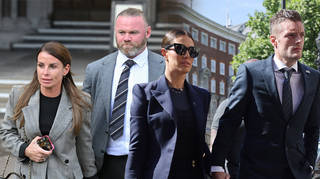