A hacker is targeting some of the biggest names in the game from Selena Gomez to Adele and Katy Perry and they've even deleted Despacito!

A hacker is targeting pop stars music videos via their VEVO accounts and has even deleted the most viewed music video of all time, Luis Fonsi's 'Despacito' (the non-Bieber version) which had 5 billion views!

Other stars such as Selena Gomez, Adele, Katy Perry and Naughty Boy have been targeted, with their videos remaining live but their titles changed to 'hacked by prosox'.

The user claiming responsibility is actively tweeting his hacking spree and may even be responding to people through his hacks... 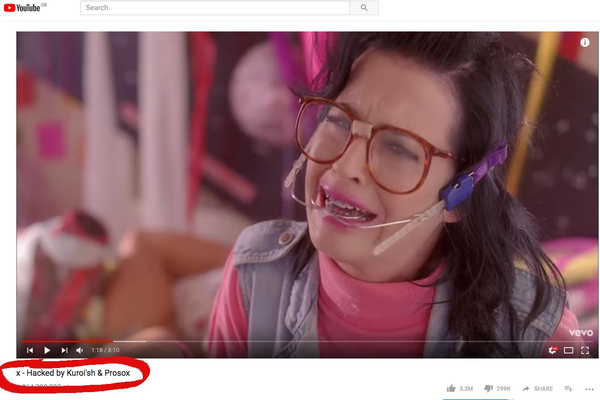 The hacker who calls himself 'prosox' is aiming for the biggest hitting VEVO music videos, targeting Selena Gomez's video for 'Wolves' which has 144 million views and Adele's video for 'Hello' which once held the record for most views in 24 hours. 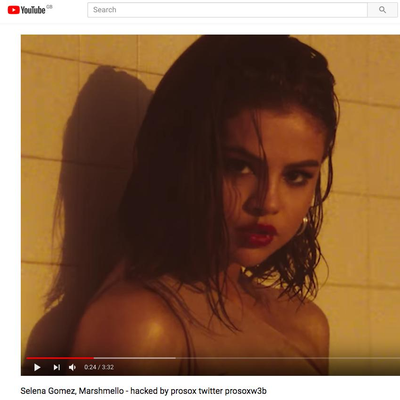 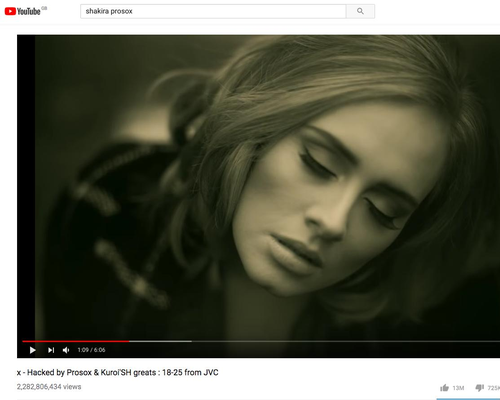 Drake, Naughty Boy and Shakira are also said to have been targeted as the hack is still very much under way, who knows who else will be next!