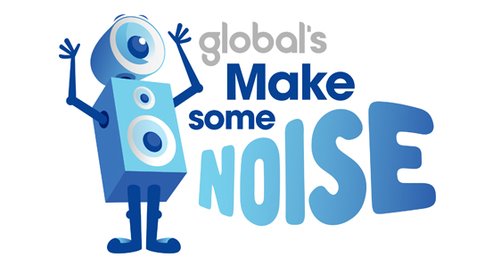 Take a look back through the INCREDIBLE day which also featured Sam Smith, The Vamps, Ella Henderson and more.

Global's Make Some Noise appeal day wrapped up last night (9th October) after an incredible day that saw huge stars getting involved, amazing prizes auctioned off… and a LOT of money raised for a good cause.

Make Some Noise is our new national charity across Global Radio stations helping disadvantaged children and young people right here in the UK, and this year's event helped raise an impressive £1,110,815.

Among the stars who've gotten involved with the charity today are the likes of Jessie J, Sam Smith, David Guetta, Olly Murs, Ariana Grande and The Vamps.

Capital's Dave Berry & Lisa Snowdon also played their part after being challenged by chart-topping star Taylor Swift to go 1,000 feet above the UK capital from London landmark The Shard! 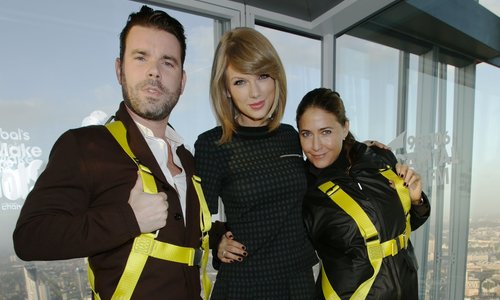 (Catch all the action with Dave Berry and Lisa Snowdon across the UK this Saturday from 6am.)

Jessie J got the morning off to an AMAZING start with her exclusive cover of Sam Smith's signature hit single 'Stay With Me', showcasing her incredible vocals all to help get involved with our charity. Check out the video below for her live session performance:

Plus Jessie J wasn't the ONLY one to get involved with Global's Make Some Noise with an amazing cover… as Sam Smith opted to put his own spin on Bruno Mars' 'When I Was Your Man'. We'll let this performance speak for itself…

Then at lunchtime today the party spirit well and and truly kicked into high gear as it ALL became about MIX Some Noise… for an exclusive DJ set from superstar producer David Guetta!

David's set was off the HOOK as listeners were loving the tunes the 'Titanium' DJ was dropping, all for a good cause!

You can listen to the full set of DJ David Guetta's Mix Some Noise for Global's Make Some Noise below: 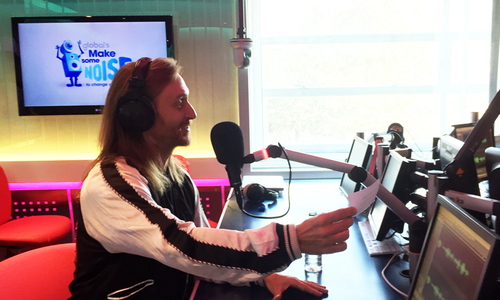 Olly Murs wasn't to be outdone by his pop peers though, as just after lunch the 'Troublemaker' star gave us an EXCLUSIVE re-work of his hit single 'Dance With Me Tonight'!

The always-generous pop superstar has re-recorded the hit with additional vocals, telling listeners: "I just want you, to make some noise tonight!" Listen below:

Next up in our celebration of the Make Some noise appeal day was rising singer Ella Henderson, who's haunting vocal cover of Sam Smith's 'I'm Not The Only One' NEEDS to be heard:

The Little Monsters went crazy earlier in the afternoon as they all competed to bid for a charity prize of getting to see Mother Monster herself when she kicks off the 'artRave: ARTPOP Ball' tour UK dates later this year.

For any fans of The Vamps it was an AMAZING afternoon to be tuned in to Capital as, not only was there a charity prize to meet and interview James, Bradley, Tristan and Connor… but they also recorded a live session for us!

The Vamps opted to put out a cover of Magic!'s Vodafone Big Top 40 number one 'Rude' to celebrate Make Some Noise, and you can watch their spectacular effort below: