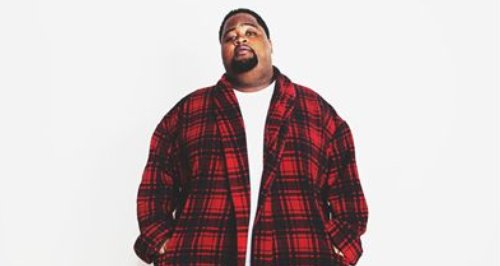 The Miami-born hip-hop artist will make his #CapitalSTB debut at Wembley Stadium next month.

Capital's Summertime Ball 2015 with Vodafone is less than THREE weeks away… and this morning we've only gone and added ANOTHER amazing name to our most insane line up… EVER!

Yes, this morning (19th May) it was announced that LunchMoney Lewis will ALSO be making a special appearance at Wembley Stadium on Saturday 6th June, joining our world-class bill of artists including the likes of One Direction, Avicii, Ariana Grande and many, many more.

LunchMoney Lewis is having INCREDIBLE chart success right now, with his breakthrough track 'Bills' currently at number two on the Vodafone Big Top 40. Can you imagine how CRAZY 80,000 fans will go when he brings his anthem to that #CapitalSTB stage?

Tickets for this year's #CapitalSTB are now completely SOLD OUT! So now you're only way in… is to win! Keep it Capital in the run up to the Ball to find out how you can be there too.

Keep it Capital Breakfast tomorrow from 7am as we add another TWO acts to our most insane line up... EVER!