Have Love Island's Emma & Terry Broken Up?! There's A Tweet Going Round Saying She's Cheated On Him

What is going on with these two?!

We fear that one of your favourite Love Island couples may be on the rocks.

They didn’t have the smoothest of starts in the villa, but Emma and Terry have soon become one of our favourite reality TV couples. 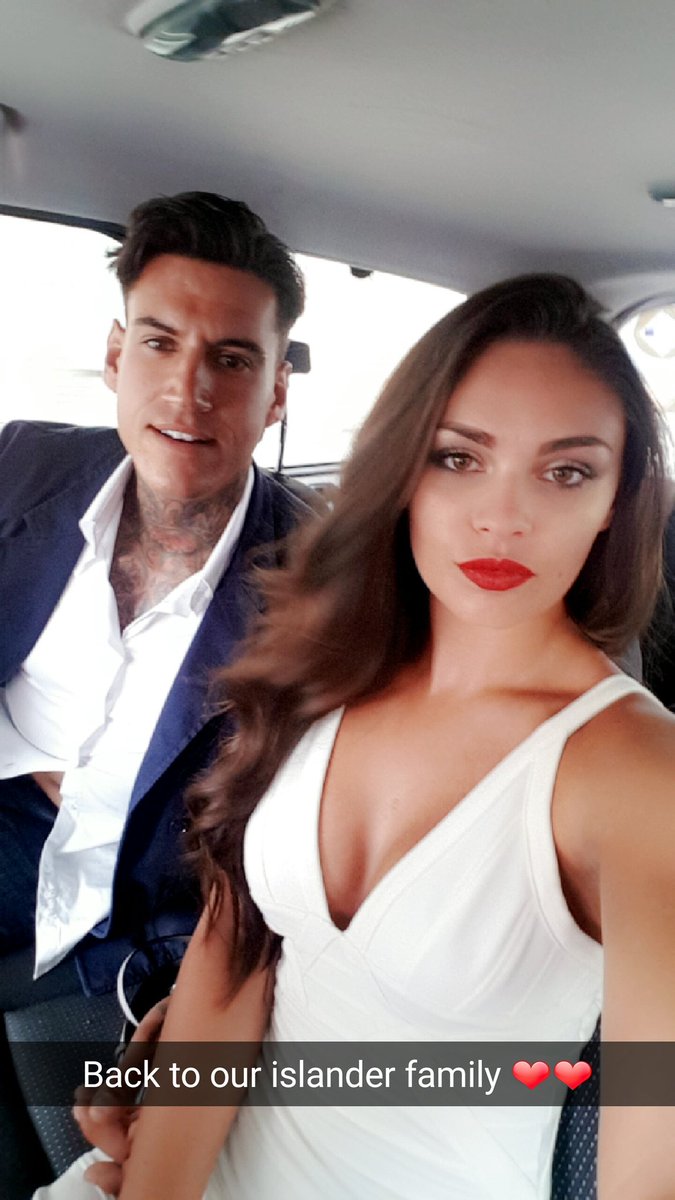 They became official after leaving the villa and since have been looking seriously loved up.

With Kady and Scott, Cara and Nathan and Olivia and Alex, Terry and Emma are another couple who so far, have withstood the test of time.

And just look how adorable they are!

But it wouldn’t be showbiz if there weren’t a few obstacles thrown in for good measure.

Namely, a tweet that is doing the rounds declaring that Emma had cheated on Terry whilst on holiday. 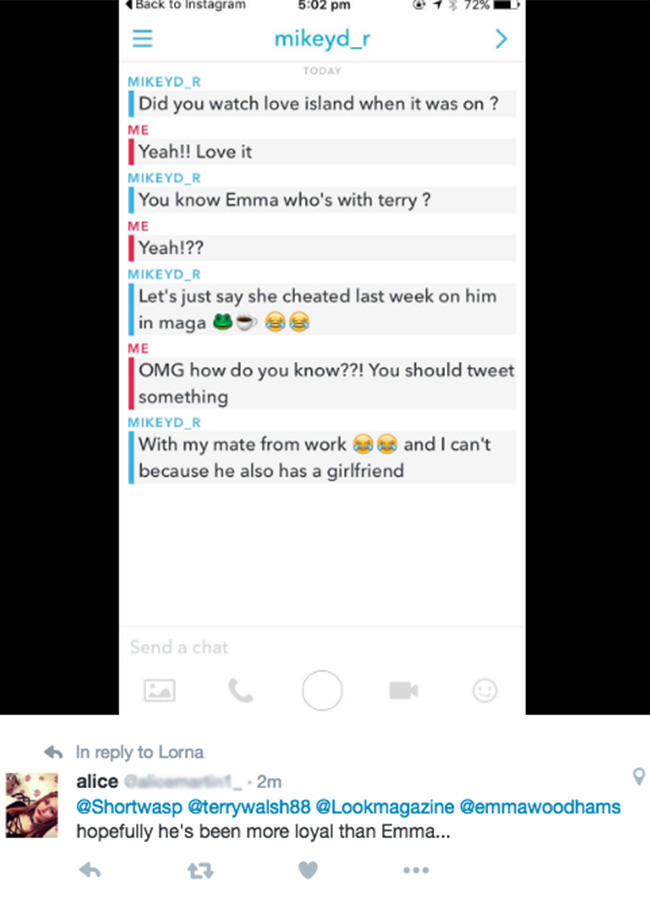 Yeah, that would probably throw a spanner into the works.

The tweet (which has now been deleted) is a screen grab from a Snapchat conversation between two friends and quite plainly says that Emma may have been unfaithful whilst on holiday in Magaluf.

The initial tweeter then posted again to say that Emma had been in touch with her directly to discuss some ‘videos’ filmed of her abroad.

Am I being threatened by Emma from Love Island!?!?! pic.twitter.com/M40ZHLzcnP

Regardless, our social media feeds have still been full of love between Emma and Terry and long may it continue.

Well, that is until Terry flew out to Ibiza to surprise his best friend.

When the going gets tough just book a flight to Ibiza. Touch down and were out

Let’s hope he hasn’t gone on holiday for some space. EEK.