YIKES. Lindsay Lohan Had To Have Part Of Her Finger SEWN BACK ON After A Boat Accident!

Lindsay Lohan had to have emergency surgery over the weekend after she almost lost part of her ring finger in a gruesome boating accident off the coast of Turkey.

Geordie Gore: Once You See This Pic Of Vicky Pattison's Gruesome Foot It Can Never Be Unseen

LiLo posted a Snapchat video of her heavily bandaged digit after she had to have the tip of her finger sewn back on.

The mishap happened when Lindsay tried to pull up the anchor of the boat she was on and got caught up in the rope and dragged into the water.

As she struggled to get herself back on the boat, the anchor sliced off the tip of her finger – and her friends had to go on the hunt to find the piece that had come off so it could be reattached! 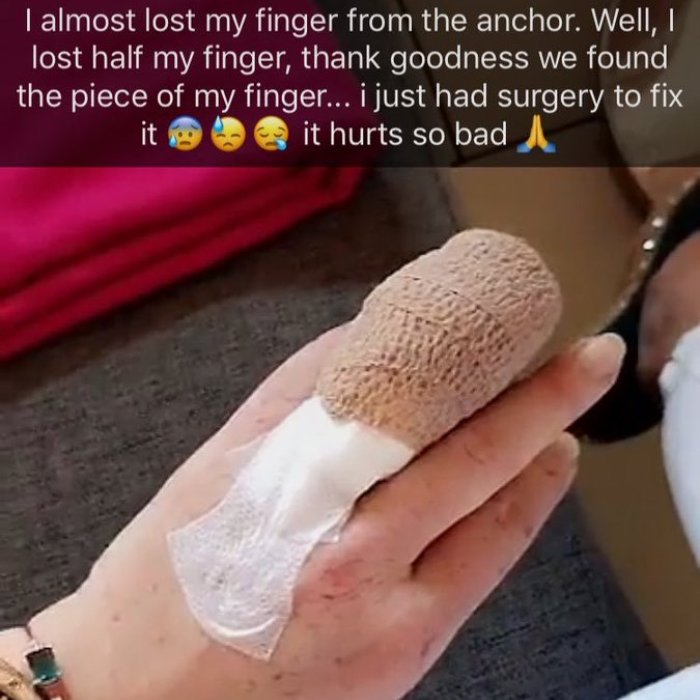 Luckily, after she was rushed to A&E, it looks like a plastic surgeon was able to fix the piece back on as Lindsay told her fans, “I almost lost my finger from the anchor. Well, I lost half my finger, thank goodness we found the piece of my finger… I just had surgery to fix it… it hurts so bad.”

Sounds like it could have been a lot worse – here’s hoping LiLo manages not to chop off any of her other digits!

24 Celebrity Wardrobe Malfunctions The Stars Would DEFINITELY Rather Forget!