We've only got love for this guy who took bending the rules to the next level when he brought a record player to his exam...

In what might be the most epic exam hack this century has ever seen, one Canadian high school student brought an entire record player in to ensure he could blast the tunes during an exam.

Wyatt Prutch's teacher put a blanket ban on mobiles because of the potential to cheat and quick-thinking Wyatt, unfazed, saw the obvious way around this problem and brought the enormous piece of equipment with him on the day.

> How Many Songs From These Forgotten Noughties Bands Can You Remember? 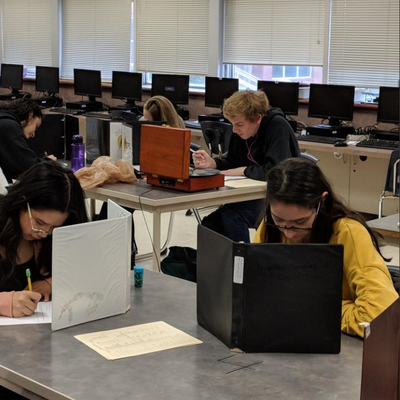 Eric Saueracker was chaperoning his class as they took their physics mid terms and couldn't resist snapping a picture of his pupil, who settled down to his physics exam whilst jamming out to Kanye West's 'College Dropout.'

Students are taking their Physics Midterm exam today. I said no cell phones, not even for music since they could be used to cheat.

This student brought in a record player and is bumping Kanye in his headphones right now... pic.twitter.com/p57iMIal7D 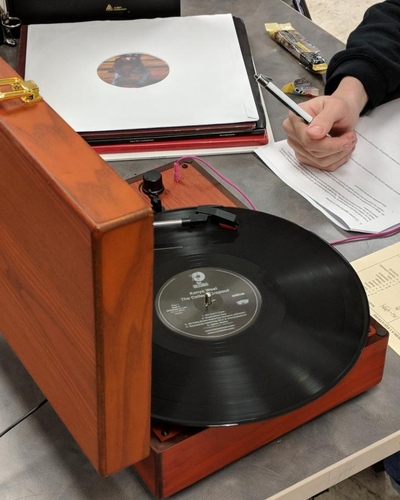 People on Twitter were amazed at Wyatt's vintage yet genius way of thinking.

How can we get his info? He deserves to have the 808s & Heartbreak vinyl too if he doesn’t already.

To top it all off, Eric has since tweeted that Wyatt actually aced the exam.

As a follow up:
@TheItalianPacca did ace the test whilst listening to college dropout...

This guy is undoubtedly playing the system in the most brilliant way, but with exam season approaching, we're just gonna say we don't know how well this will go down... so everyone unpack your record players, we repeat, unpack!

Watch the disastrous results of people microwaving their beauty blenders...