From Adele being wheeled to her show in a sweaty box to Harry Styles vomiting on the side of a road being forever immortalised... its not always glitz and glam for these celebs!

Being a celebrity seems like a life of luxury and endless glamour, right? WRONG. As well as flying to tropical destinations on private jets and wearing couture clothes, theres a much less glam side of fame... from jumping into dirty laundry to getting caught with quinoa in your teeth - check out the downsides of life in the limelight.

During a recent trip to Paris, Zayn had to be whisked out of his hotel in a cart of dirty laundry after loads of fans had amassed to try and meet the star. It's not all private jets and chauffeurs, y'know!

Adele gets wheeled in to her shows in a sweaty box

It was revealed that during her tour, at venues where there is no hidden access to the stage (e.g.. stadiums where she performs in the middle) she gets wheeled through the crowd in a flight box which makes her "really sweaty", but she has an iPad in there to pass the time with. Glamorous!

Kim K got papped being mobbed

With millions of fans comes the risk of being swarmed when you're out in public - and unfortunately for Kim Kardashian, the photos of her looking, frankly, terrified, in the middle of a huge crowd have been meme-d over and over again. Kinda scary.

Photos of Kim kardashian getting mobbed will never not be funny pic.twitter.com/oORkajfAyv

When you're one of the world's biggest stars with thousands of adoring fans, you get given gifts every day - but unfortunately when those gifts include flowers in water, which you have to hold on your lap while driving, little accidents may occur...

Someone got me flowers and I was driving, made a turn, and the water spilled on my dick area...Didn't bother me if it made ya laugh nice!

You ain't cool unless you pee your pants

When you're always on camera, you need to look good at all times - and a fake tan is WAY better for you than a real tan, obvs. Unfortunately, those pesky spray tans leave your clothes and bed a little orange - as evidenced by Chrissy, who apparently does NOT MOVE AT ALL in her sleep. Well, that is the price you pay for looking good! 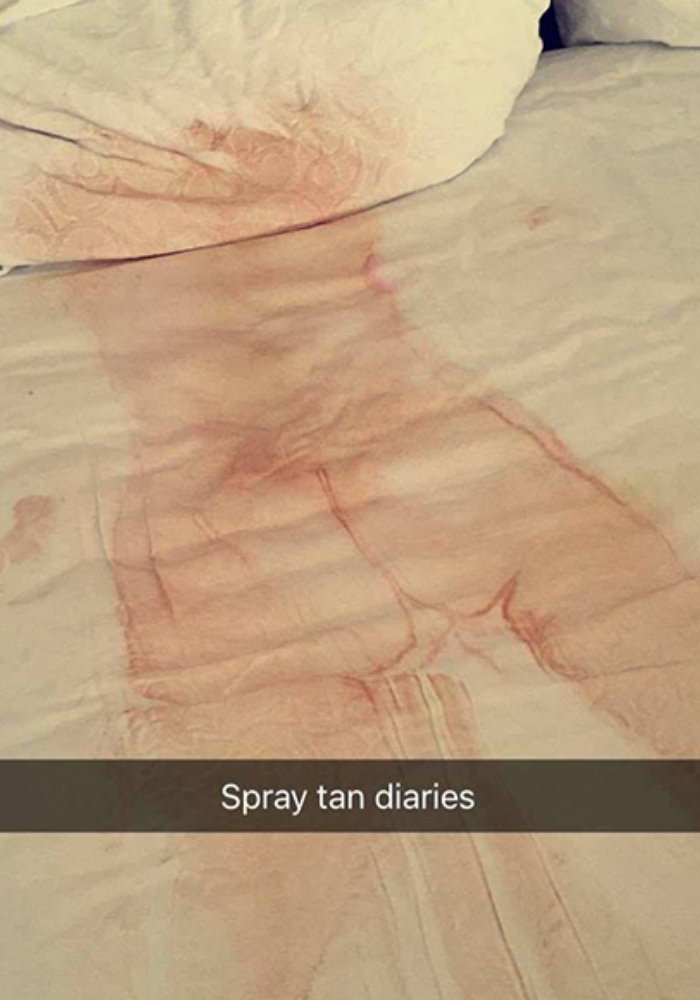 Katy Perry got caught with quinoa in her teeth

Being a pop star is hungry work, so you gotta eat - but nobody mentioned to Katy Perry that she still had half her lunch between her teeth when she went to pose up on the red carpet! Unlike us mere mortals who can simply un-tag a Facebook picture, the world has seen Katy's quinoa teeth in all their glory.

Harry Styles vomiting on a road was forever immortalised

When you're feeling a bit icky as a normal person, you can probably get away with having a little sick in public. Not so when you're Harry Styles - when the 1D star puked on a road, fans immortalised the spot with signs - and the paps made sure he could never forget the moment with these BEAUTIFUL photos. Nice.

21 Side-Gigs You Had NO Idea These Celebs Had