Because you can never have too many novelty ice cube trays or ghost shaped merch in your life, apparently.

Dunno if you’ve noticed by Kylie Jenner is KIND OF A BIG DEAL in the world of social media – so big in fact, that she’s surpassed the 10 million followers mark on Snapchat… and they’ve sent her a box of goodies to celebrate.

Yep, when you pass a million subscribers on Youtube, they send you a fancy pants plaque for your wall. When you hit 10 million followers on Snapchat they… send you a box of random Snapchat ghost-shaped merch.

Kylie: “10 milli on snapchat I love you guys thank you! I'm gonna get some more movies (...)” #IG #JennerUpdates pic.twitter.com/nT6l5SqhOc

For reaching the massive milestone, Kylie was gifted some stuffed toys in the shape of a ghost, a ghost shaped ice cube tray, what appears to be a tamagotchi (Snapchat branded, obvs) and a pencil and rubber. 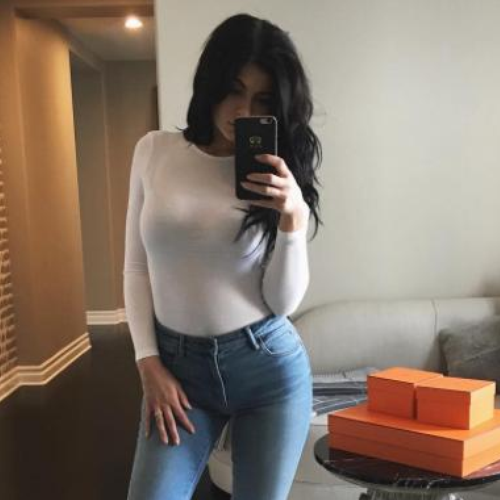 Oh – and lest we forget – there was also a Snapchat Snapback hat in there too. While the gesture is nice, we don’t reckon Kylie Jenner has much use for the majority of this stuff, tbh… Still, what teenage multi millionaire DOESN'T need an extra ice cube tray, after all?

“I Feel Like I Lost My Youth”: Kylie Jenner Opens Up About Fame & Raising Chickens