Kylie Jenner's Got Strict Rules About Who Can Meet Stormi

Kylie doesn't play when it comes to Stormi.

Kylie’s adjusting to life as a new, young mum and she’s got some strict rules when it comes to baby Stormi.

The youngest of the Kardashian/Jenner sisters welcomed her first baby with rapper boyfriend Travis Scott in February and understandably so, Kylie’s super protective of her daughter.

According to Us Weekly, the 20-year-old is a "germaphobe" and only allows certain people around the seven week old.

A source told the publication: "You have to go to her house to visit. She’s being very careful about keeping the baby healthy and indoors."

The source also revealed that Kylie keeps a very tight guest list about who can come to see Stormi in her Hidden Hills California estate.

Earlier this week she shared a cute picture of Stormi and her great-grandmother Mary Jo (Kris' mum and Kylie's grandma) and couldn't help but gush about the pic.

i mean.. does it get any better than this?

Since confirming her pregnancy and announcing that she had given birth in one mega post back in February, the reality star has been slowly making a comeback on social media.

>Download Our Snazzy New App To Keep Up With All The Latest Kylie News!

She recently answered questions from fans on Twitter and admitted that she's obsessed with Stormi's toes and thought she was going to have a boy. 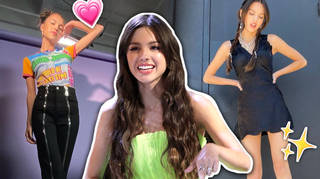