Did Kylie Jenner Just Hint At The Gender Of Her Baby In This VERY Bold Snapchat?!

Fans think she just revealed what she’s having on Snapchat and Instagram.

Ever since the news of Kylie Jenner’s rumoured pregnancy broke, the question on everyone’s lips has been whether Kylie is having a boy or a girl… and she seems to have dropped a couple of pretty big hints…

Last night, Kylie took to Snapchat to show off her new phone case designs and asked fans which they preferred, posting, “Which one? I'm thinking blue ...”, followed by a blue heart emoji. 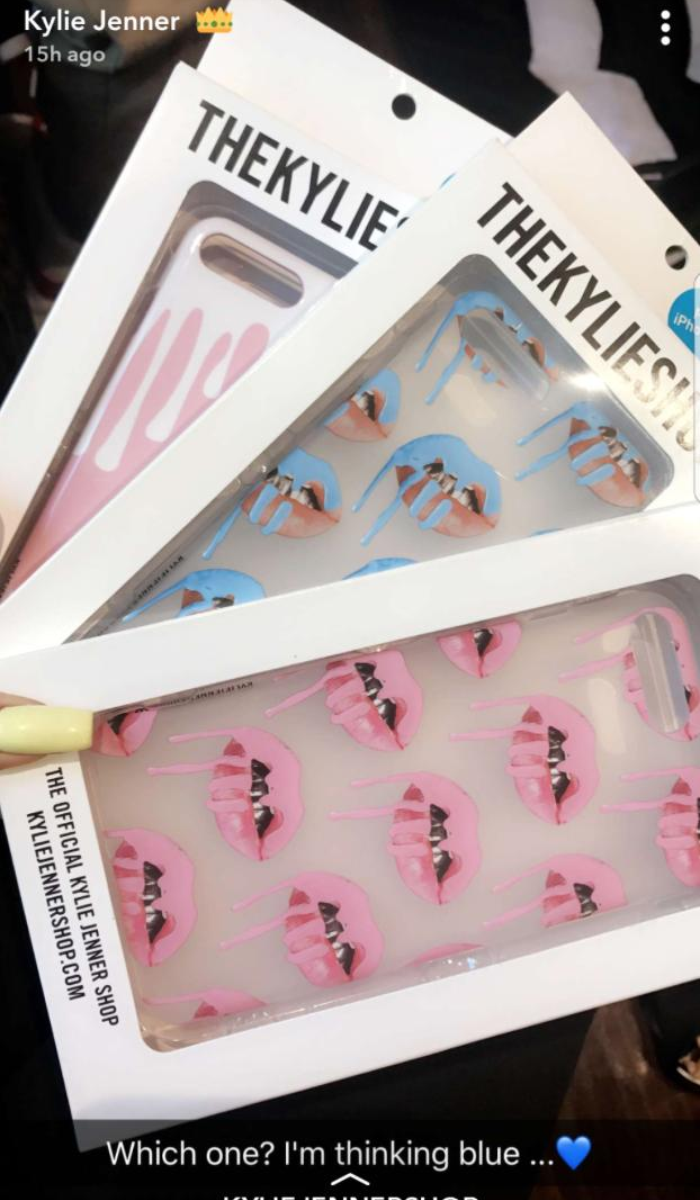 On the same day, Kylie also posted some photos of herself wearing a VERY oversized blue shirt on Instagram with a blue heart in the caption, which fans thought might also be a hint at the gender being a boy!

It comes after TMZ reported that she was carrying Travis Scott’s child, and that the couple have already found out the gender – and they’re having a girl.

We’ll have to wait and see who’s right – if indeed she is pregnant at all!

> Download Our App For All The Latest News On All These Kardashian/Jenner Pregnancies & Much More!