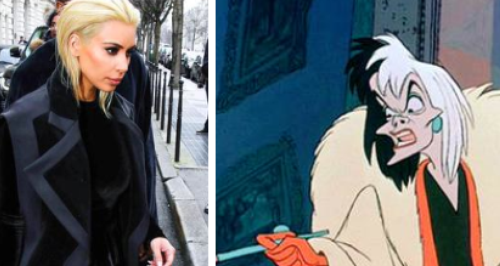 Kim Kardashian is DETERMINED to break the internet - and if her bare booty (and the rest) didn't do the job, she definitely dominated the world wide web with her shocking hair colour change… and the comparisons are not to be missed! 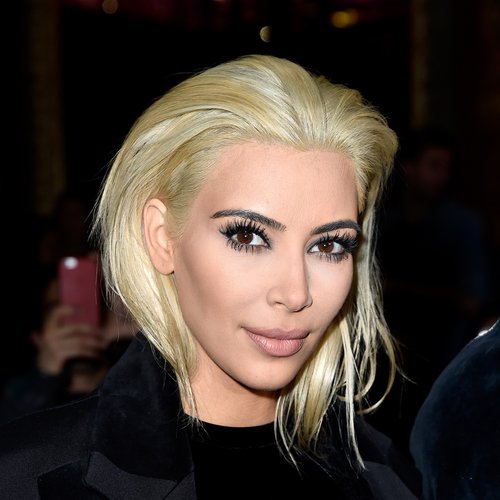 Kim K ditched her dark locks and debuted her shocking platinum blonde 'do for Paris Fashion Week as she stepped out with her hubby, Kanye West. But Kim's dramatic colour change soon set the world's imaginations on fire - and she was compared to everyone from Draco Malfoy to Karl Lagerfeld.

Check out the funniest offerings from the world of social media:

The first one that comes to mind is Harry Potter villain Draco Malfoy, obvs:

It's not just Potter villains that rock a nice peroxide 'do - so do James Bond's enemies:

Is it just me or does Kim Kardashian not look the image of Skyfall's villain Raoul with her new hair style?!? pic.twitter.com/NCKcgZAki4

Kim K looks like Hailey Baldwin now. I do not approve. pic.twitter.com/aoPw71VkwF

How about a computer game comparison to tickle your fancy?:

Kim K looks like something off of The Neverending Story now pic.twitter.com/S8XZvChLLi

Dragonball Z fans will appreciate this one:

Was David Bowie in his hey day Kim's hair inspiration?

Who remembers Gunther from Friends? Just a little bit shorter and you're there:

Just a little shorter and you’ll be there, Kim. pic.twitter.com/0d1WZvyILy

The Volturi from Twilight have got nothing on Kimmy's locks:

“@aonealll: Kim K looks like she's supposed to be apart of the Volturi in Twilight pic.twitter.com/yYehKxI9fF” facts

So there we have it - Kim Kardashian's hair literally looks like everything on earth. Phew.