When you're at the gym, the idea is to work out and get fitter/stronger/healthier, however Celebrity Big Brother star Jordan Davies left his latest gym session a bit worse for wear after running into some metal stairs.

The incident caused Jordan to sustain a HUGE cut to the very top of his head and according to the man himself he had to have 32 staples put in to help fix him up.

Alongside a picture on Instagram of himself with two members of hospital staff, Jordan wrote, 'Big thanks to the ladies who looked after me and just put 32 staples in my head (heart emoji) could have been a lot worse'. 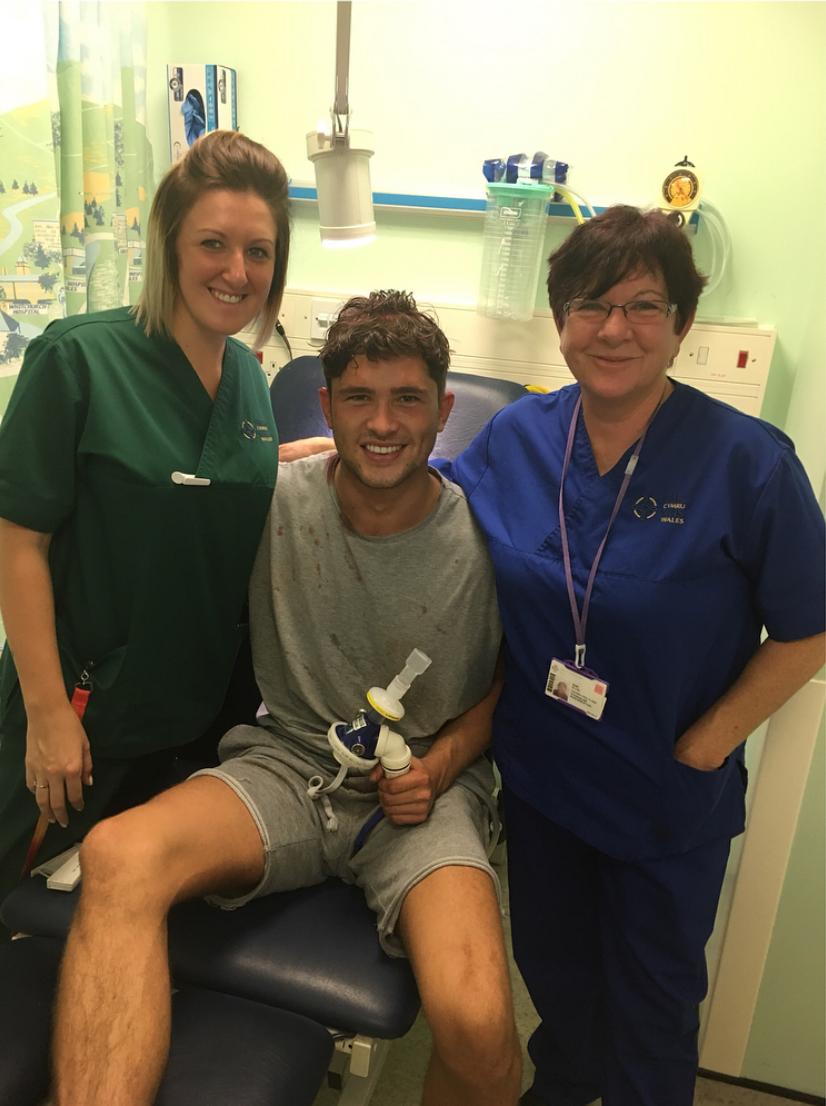 The former Ibiza Weekender star then took to Twitter to share a seriously gruesome picture of the actual cut on his head, writing, 'Thanks for all the support.. I’m fine now after a stupid amount of staples. time to rest'.

As we said this picture is pretty gruesome, so if you're particularly squeamish you might wanna look away now.

Thanks for all the support.. I’m fine now after a stupid amount of staples time to rest pic.twitter.com/l45eag0Qsl

Fans were quick to share their thoughts with Jordan and sent him messages of support...

Wishing you a speedy recovery

Oh gosh your poor thing! Wishing you a speedy recovery

Are you ok? Please tell me you’re alright. get well soon.

But what Jordan was most upset about was not being able to go back to the gym for at least two weeks whilst his head heals! He ttok to Twitter again and explained, 'No gym until I fly to Australia in a few weeks now.  FML.. gonna look a mess', alongside a whlae emoji.

No gym until I fly to Australia in a few weeks now FML.. gonna look a mess

But at least he's making the most of it - he's decided to use it as part of his Halloween costume for this year. Can't fault that commitment to Halloween Jordan!

Waking up & remembering you have 32 staples in your head isn’t the best of starts on plus side.. guess my Halloween costume is sorted

Whilst you're here, check out Jordan and Sam's bromance on CBB earlier this year...