This moment from the Oscars 2015 pretty much MADE the show this year. Enjoy!

This was the Oscars 2015 moment we ALL wanted to happen, we just didn't know it! When John Travolta and Idina Menzel came face to face!

Last year John made that now infamous flub of introducing Idina for her Frozen performance of 'Let It Go' as "Adele Dazeem"… sending the Internet into meltdown and making himself go viral in the process!

And at this year's Academy Awards ceremony, the pair met on stage to present the Oscar for Best Original Song, but not before making light of the unfortunate mistake, with Idina introducing him as "Glom Gazingo"! 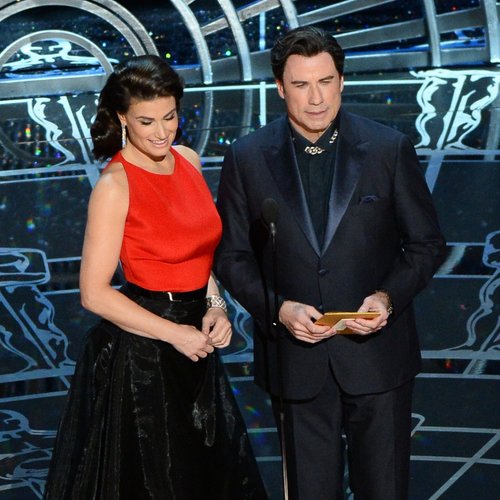 "I deserve that," John replied, accepting his penance! "But you, my darling, my beautiful, my wickedly talented Idina Menzel!

"It's not like it's going to follow me around for the rest of my life," was Idina's hilarious reply, as was John's: "Tell me about it"

The pair went on to present the Original Song Oscar to Selma's 'Glory', performed by John Legend and Common.