Have a lil' think of your ideal place to be proposed to...

A lovely restaurant in Paris? At the top of a great big mountain? Or even just in bed on a nice sunny Sunday morning perhaps?

How about The Jeremy Kyle Show? Because there's just something about that studio that oozes romance isn't there...

That's what Rob thought anyway, appearing on the show with girlfriend Michaela who had accused him of cheating after a failing a lie detector test, TWICE. However, Michaela is also preggers with her ex, Craig's baby too. So it's all going swimmingly well so far. 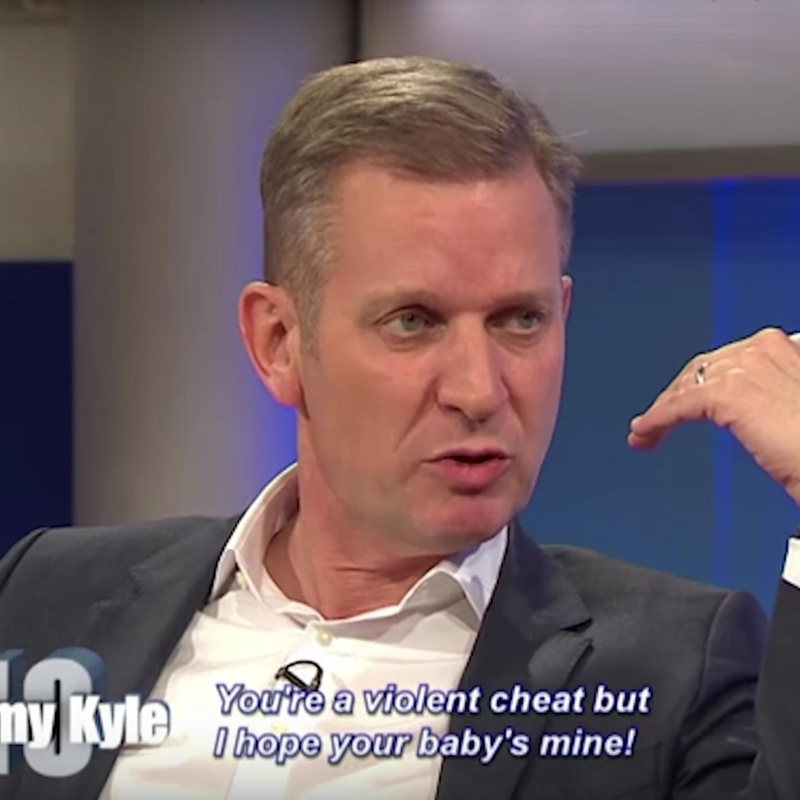 Jezza let it slip that Rob had actually passed the lie detector test on the third occasion, which resulted in Rob dropping down on one knee, THERE AND THEN.

However, Michaela wasn't having ANY of it, she wasn't taking the borrowed ring from the audience member until he had 'changed his ways.'

It really is the TV show that just keeps on giving isn't it?

WATCH: This Man Will Probably Go To Jail After His Confession On 'The Jeremy Kyle Show'