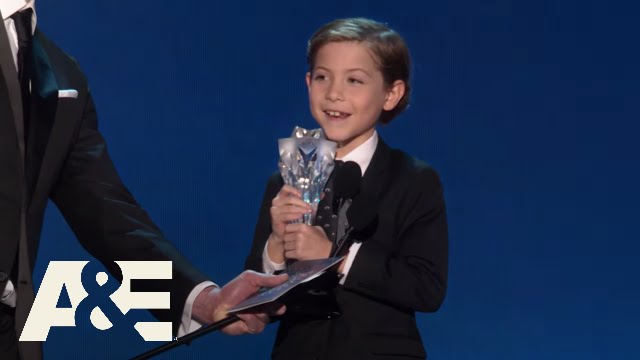 The young actor gave the loveliest speech… and he knows exactly where he’s going to keep his award, too!

It must be pretty daunting being one of the youngest nominees in a room full of seasoned actors, but 9-year-old Jacob Tremblay stole the show at last night’s Critics’ Choice Awards with his brilliantly touching speech.

WATCH: Turns Out Dancing To ‘Single Ladies’ Is The PERFECT Gym Motivation! #WhoKnew

Jacob scooped the award for Best Young Actor for his role in the drama ‘Room’, and literally nobody in the room could cope when he gave his acceptance speech on top of a box and with the mic being held at an angle so he could reach – awww!

He told the crowd, “This is super cool. It's the best day of my life. I first want to say thank you to all the critics who voted for me. It must be a super hard vote because of all of the other great actors in this category.” 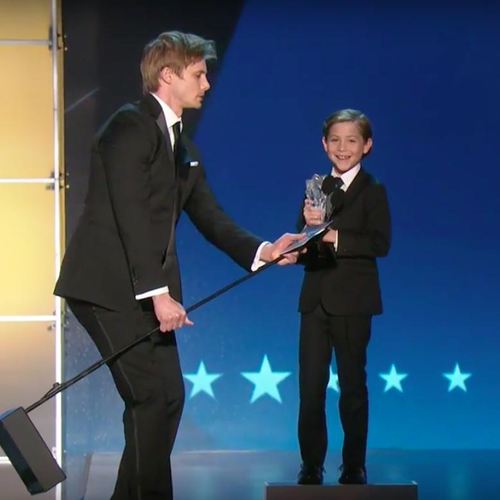 As well as thanking the critics, Jacob also dedicated his award to the rest of the cast and crew who worked on ‘Room’ with him, “I think that us working together made this movie come true and this award doesn't just go to me for that, it goes to all of you guys as well. I just want to thank my parents. I love them very much.”

But the real question is – where is he going to keep his award? Well, Jacob’s already decided that it’s getting pride of place on his shelf next to his prized Millennium Falcon toy – could it get any cuter?!

WATCH: James Corden & Tori Kelly Are Forced To Sing... For Their Supper! #HILARIOUS