9 Instaoke Moments From 2015 So Far That TOTALLY Owned!

Take Instagram, smash it together with karaoke, and you've got Instaoke... A game celebs just can't get enough of.

From Jessie J's mad rap skills to 5 Seconds Of Summer losing their cool over some pop classics. Check out the most AMAZING #Instaoke moments of stars joining Max on Capital from this year so far.

1. Charlie XCX unleashing her inner Britney super-fan and going IN on Brit's hits

No one could possibly top these renditions of Britney.

Who knew Rita Ora had such a killer grime MC side? Joined by Charles Hamilton, Rita Ora shashes the Lethal Bizzle's hit on Capital.

3. Nick Jonas totally comes in to his own on Kanye's 'Gold Digger'

Well now you can, and it's just as amazing as you'd expect.

5. Ne-Yo takes on Sam Smith, Ed Sheeran & Jay-Z like the songs were MADE for him!

In all fairness is there ANYTHING Ne-Yo can't sing?!

6. Ella Eyre SO needs to team-up with Nick Jonas after hearing her slay 'Jealous'

Anyone else reckon this would be one super collaboration?

7. Little Mix get to perform the song 'Pretty Girls' which they wrote for Britney and Iggy

This could have so nearly been the next Little Mix track...

8. Jake Roche turns MC as Rixton take on Instaoke for the first time

Nearly breaking the Capital mics in the process as MC Jake goes rogue. Though who doesn't love a bad boy!?

9. Jason Derulo just being the happiest person EVER to take on Instaoke

Plus smashes covers of Shaggy and Carly Rae Jepsen - two names we never expected to say in one sentence!

Hands up if you were singing along... 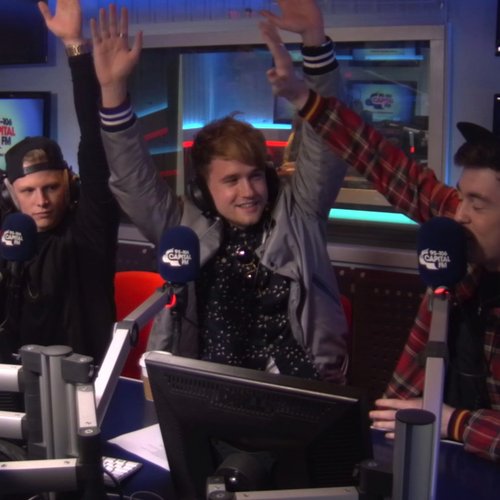