Hugh Jackman joins Dave Berry and Lisa Snowdon on Capital to talk about his new film Chappie and conversation quickly turns to 'that' mullet.

Almost unrecognisable in his new role, Hugh Jackman recalls his wife's thoughts on his hair transformation to get in to character for part in action movie 'Chappie'. Turns out Mrs Jackman aka Deborra-Lee Furness isn't a huge fan of the mullet, as proven when we get her on the phone... Live on Capital. 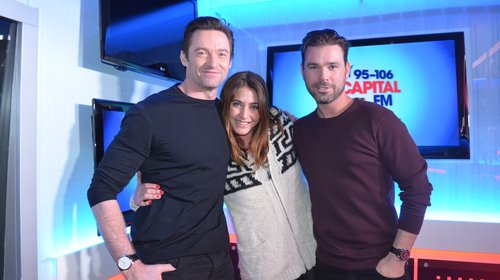 Catch more from Dave Berry and Lisa Snowdon on Capital Saturday from 6am on Capital!