Hands up if Home Alone is your favourite Christmas film.

*Everyone at Capital raises their hand*

Although, one main issue that we have with the otherwise epic film is the fact that his parents KEEP forgetting to take him on holiday with them. Like… SERIOUSLY?!

But it seems that we’re not alone in this view as fans have taken to social media to voice their concerns and as such, have developed a new fan theory which looks at the film's central characters and as it turns out, it’s a bit more sinister than we first thought.

According to one writer, the film was originally intended to show that Kevin’s Uncle Frank was the dude behind the criminal activity. But it gets worse because they also suggest that Kevin’s dad, Peter Mcallister is also a criminal.

Goodness. No wonder he enjoyed time away from them!

Whilst we appreciate this theory is probably not legit, he does make some fairly valid points like…

The fact that Frank hates his brother…

… proven when he refuses to contribute towards the massive $122 bill for the pizza.

The fact that Frank hates Kevin…

… proven when he calls him ‘a little jerk’.

This said, we’re still not sure that it’s enough to suggest he is associated with Harry and Marv, let alone call them all the way from Paris, telling them to rob the house and to harm Kevin if they need to? Not buying it.

However, one other theory which has surfaced on Reddit delves even deeper.

"One of the things I noticed was that Kevin's dad, Peter, has something fishy going on. My theory is that he's some kind of mid level criminal for the mob or something."

Evidence A - The policeman:

"Peter is WAY defensive in this interaction. All Harry does is ask If he's the owner of the house and Peter jumps straight to 'Am I in some Kind of trouble officer?'. The look in his face is on edge the whole time he's talking to Harry."

Evidence B - We don’t know what the Dad does for work:

"They don't mention where he works, or his background, or anything. Now in the the book adaptation of the movie they say something about him being in 'business'. That's pretty vague. But Peter makes enough money to have a wife that doesn't work and like 5 kids. He also has a house that is worth like 1.5 million." 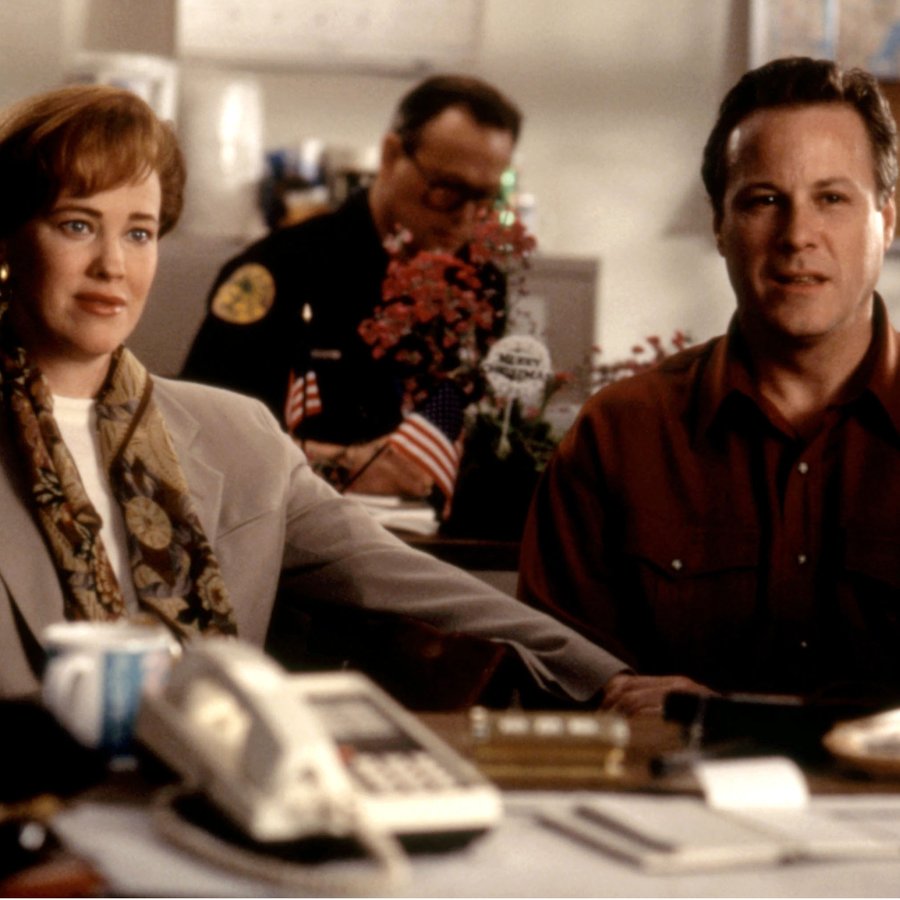 Evidence C - Why the McCallister house?

"Harry calls the McCallister house 'The Silver Tuna,' the big score, etc. They specifically target this neighborhood for the McCallister house. When we see in the house there's nothing particularly valuable lurking around. We don't ever see them mention jewels, or a safe or anything like that, but still this house that Harry has only seen the entryway to is THE HOUSE to rob. This might have just been a remnant of the original story line where Uncle Frank hired Harry and Marv to rob the place, but without that abandoned story line, why are they targeting that house specifically?"

"Kevin's mom ... says terrible things to her 8 year old son. Buzz is a f*****g psychopath, who is probably set up to follow in his dad's footsteps. Uncle Franks is obviously a crook of some kind. Then there's Kevin, who seems completely ok with killing two robbers. I don't think his intent was to 'bonk them on the noggin.' He was out for blood. I mean when I was 8 I knew that if I dropped an iron on someones head from 20 ft they would die. Plus, the whole family has terrible manners. Just look at the scene when Kevin's mom is trying to use the pay phone in Paris and a woman is already using it. The whole family just muscles the poor woman off the phone."

And there you go. That’s your favourite Christmas film ruined, courtesy of social media.