Four words that made Afshan Azad shoot to fame in Harry Potter and the Goblet of Fire: “Don’t you look… dashing”.

Because, yes, she played Padma Patil who was Ron’s date to the Yule Ball.

> FYI, we've got this incredible new app where YOU can actually control the radio...DOWNLOAD IT NOW!

The actress is now 27 years old and her stunning looks have meant that she has gained quite the fan base as she’s grown up.

So much so that her ability to contour and her ON POINT eyebrows and lipstick application has drawn comparisons to none other than King Kylie.

Since when does the girl who played Padma Patil in HP look like Kylie Jenner???!

Padma Patil looks like Kylie Jenner so much lol

With her long dark hair, sculpted to perfection cheekbones and incredible pout, we can totally see why. 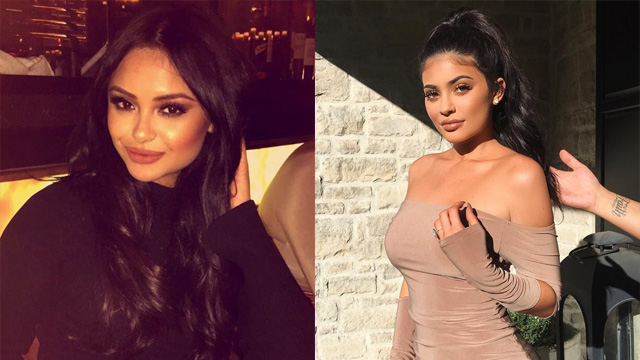 At the start of the year, the actress played along with the compliment and tweeted a photo of herself of a face swap of her and Ky.

But since, it seems that she is kind of over the hype.

Recently she tweeted again saying “If one more person compares me to Kylie Jenner…” followed by a dagger and a gun emoji.

If one more person compares me to Kylie Jenner

Has the novelty worn off then?

Although, the comparison that we do totally get is between Afshan and Shay Mitchell from Pretty Little Liars.

@KylieJenner and @shaymitch are the two lookalikes I get the most nowadays! Who are yours?