Harry Potter fans come up with the most mind blowing but feasible theories ever.

Some are so ridiculous that they are hard to believe whilst some make so much sense.

> Forget Friends Fest, This Year We Are ALL About Gilmore Girls Fest

The latest one has blown our minds, though.

Severus Snape had a somewhat rocky relationship with Harry Potter, but if this new fan theory is anything to go by, it reveals a whole new side to the teacher.

The first thing that Snape said to Potter during a Potions class in The Philosopher’s Stone was: “Tell me, what would I get if I added powdered root of asphodel to an infusion of wormwood?"

In hindsight, we probably would’ve aimed that question at Hermoine Grainger.

@tomhiddles has found that the real meaning behind his words and you might want to sit down because it’s EXTRAORDINARY.

“According to the Victorian Flower Language, asphodel is a type of lily meaning “My regrets follow you to the grave” and wormwood means “absence” and also typically symbolised bitter sorrow. If you combined that, it meant, “I bitterly regret Lily’s death”. 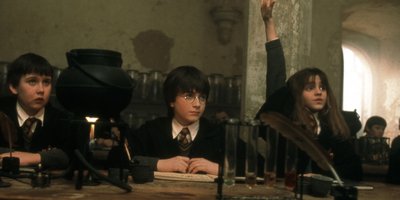 Asphodel was also thought to be the cure for snake bites, and Harry’s mum, Lily, sacrificed herself to save her son from a wizard who was heavily associated with snakes.