WATCH: A Girl Getting TRAPPED Inside A Barney The Dinosaur Head Is Too Funny For Words

No, but they actually had to get the FIRE DEPARTMENT to cut it off.

We’ve all been there when a prank has gone a LITTLE awry, but this girl definitely trumps all of our fails… by getting TRAPPED inside a giant Barney The Dinosaur head.

WATCH: A T-Rex Just SMASHED 'Ninja Warrior' Better Than You Ever Could!

Yes, 15-year-old Darby Risner wanted to jump out on her friends wearing the big, purple dinosaur head to scare them at a slumber party… but it slipped down over her shoulders and got stuck instead.

@loganrisner1919 "took a long time to get these things big" pic.twitter.com/JOMZ6ESVHW

The head had been bought by her local pastor in Alabama as part of a full Barney costume at a local sale several years before and Darby was waiting at the foot of a staircase to jump out on her pals when she realised she was well and truly stuck inside it.

As you do when you’re trapped inside a giant character head – we’ve all been there…. – her mates tried to get her out using Vaseline but in the end had to take her to the fire department to have the head CUT off.

Darby got stuck in a Barney head pic.twitter.com/oTkoDEsiay

Fire Lieutenant Vince Bruno told AL.com it was hard to keep a straight face when Barney – we mean Darcy – walked in to the fire station. “When they walked in, you couldn't help but start laughing.

“We tried to be professional, and she was a little distraught, but we had to giggle about it." We totally don’t blame them – we would have had a good LOL too. 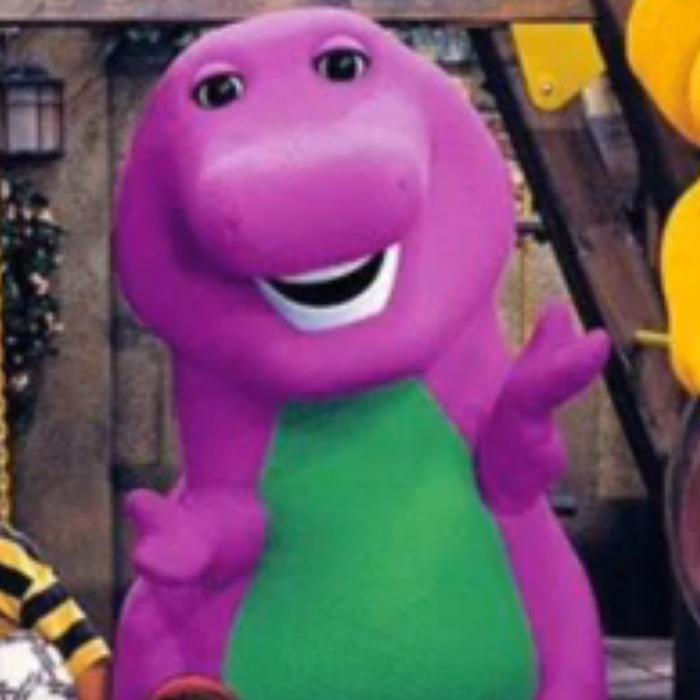 WATCH: This Girl Caught Her Man Cheating, Hid In His Car Boot & Live Tweeted It All!