Gigi looks SMOKING hot in a skintight black bodysuit as she performed her lip sync with the ACTUAL Backstreet Boys!

Gigi Hadid just keeps getting better and better... as well as her steamy turn in boyfriend ZAYN's music video for 'PILLOWTALK', she's taken part in Lip Sync Battle and ABSOLUTELY KILLED IT with her performance with the Backstreet Boys!

Gigi got pulses racing as she donned a skin tight black PVC leotard to perform 'Larger Than Life' on Lip Sync Battle... and was joined by the actual Backstreet Boys on stage. 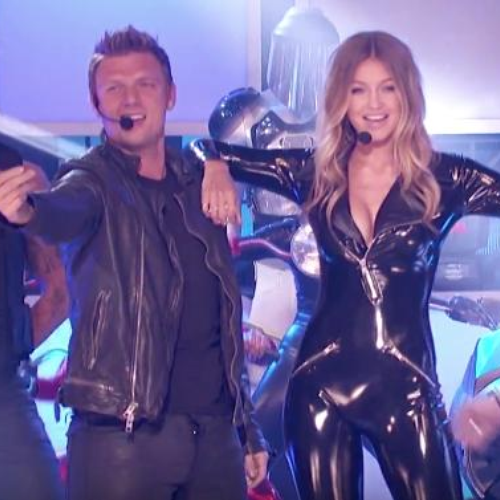 Seeing Gigi in her stage outfit, it's no surprise she's THE model of the moment - and a Victoria's Secret Angel no less - those legs go on forever!

Lip Sync Battle is fast becoming our must-see program - and we can't wait to see who else pulls it out of the bag!