Ah. Good ol' GC. You may recognise Gemma Collins for her stint on the hugely popular reality show, 'The Only Way Is Essex'. You may have caught her bawling her eyes out on 'I'm A Celebrity... Get Me Out Of Here!'

Or, like anyone right now, you've seen her plastered all over Twitter, Facebook and anywhere else with a screen, because she's become the meme the world needs.

> Remember The 'Success Kid' Meme? Here's What He Looks Like Now...

Having been one of the most - let's say - expressive characters on 'TOWIE', Gemma has become, randomly, an Internet sensation overnight, with people using GIFs and videos to illustrate their point.

And the best part? There's a video for any moment you could possibly need - hungover? She's got you. Tired of work? GC's there. You're upset because you've placed your DVD of 'Legally Blonde 2' in the case for 'Harry Potter and the Prisoner of Azkaban'? There's even one for that, weirdly...

Just sit back, enjoy, and get saving. You're gonna need them.

dua lipa: don't pick up the phone. you know he's only calling cause he's drunk and alone
me:pic.twitter.com/1w1Kg0IpkQ

me sharing goss with all my friends in the groupchat pic.twitter.com/pBZLpcbvYR

me waiting for the bouncer to let me in to the club after handing them my ID pic.twitter.com/apkkjWiaMV

Me walking in to school tomorrow to get my results @missgemcollins pic.twitter.com/06nulrXSa5

When your mum tells you, you've got to start getting the bus to school. #gemmacollins #nationaltreasure pic.twitter.com/RoPX2Jfejq

when you're at Nando's and you can't decide whether you want your chicken mild, medium or hot #gemmacollins pic.twitter.com/laOeeDt8di

you: stop retweeting Gemma Collins videos or I'll unfollow you

> Download Our App Now. After All, It's What Gemma Collins Would Do...

Erm, Jax Jones, bro - when are you gonna drop this dope song with Chris and Kem from 'Love Island'? 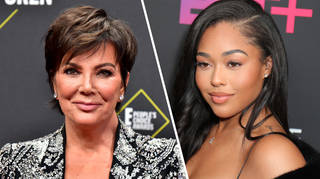