The stars of Fusion Festival 2015 take the ultimate strength challenge – but which star will be the strongest of them all?

The line up of Fusion Festival are the cream of the crop of music - but which of the artists to take the stage in Birmingham is the strongest? Well THAT is the question…

Everyone from Rudimental to Rixton took on Capital's High Striker backstage at Cofton Park in Birmingham - some of them managed to ring the bell by hitting the target with the hammer, and others… well… failed miserably.

The boys managed to smash the bell! Who knew Gorgon City were secret weightlifters? We're impressed! (Stay tuned for the video!)

Josh Cuthbert failed miserably, but one of the other lads was VERY close to the bell! Find out who in the video coming soon…

Well, there we have it! Rudimental take our crown for the strongest artists of the weekend - we'll see the rest of them down the gym later… 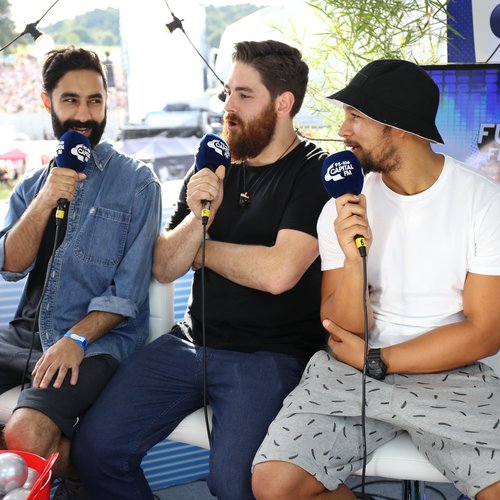