Best Of Twitter 2015: 12 Tweets That STILL Have Us In Absolute Stitches

Because if watching your fav celeb fall over wasn't funny enough, Twitter was there to kindly ensure it went viral!

What a year 2015 has been for Twitter. Check out the funniest tweets that have had us in stitches all year long.

One of life's big questions

Is it "fleek" or "on fleek"? I want grandmas eulogy to be just right.

What would it smell like if you compiled all the crotches of all the cut off jeans worn this weekend? #Crotchella :(

Tyler Oakley's explanation of a movie

for my fellow teens that are confused while watching the #oscars right now, a "movie" is like a 5400 second snapchat story

That guy caught out in Eastenders Live

Congratulations to the guy on the left. What a performance! #EELive pic.twitter.com/Ipop1mreOj

Kanye standing on a table in Nandos

So, it turns out Kanye is much taller in real life... #NandosO2 pic.twitter.com/fccOkaZS6K

This is one of the most insane shortest question and answers in University Challenge ever https://t.co/akk2wRM8GJ #universitychallenge

The dress and everything that came with it

If that's not White and Gold the universe is falling apart. Seriously what is happening????

Was she joking all along?

Drake getting a mouthful of Madonna

Drake looks like a little 6 year old kid who's been forcibly kissed by his auntie with a moustache. #Drake #Madonna pic.twitter.com/GUfu5JEywt 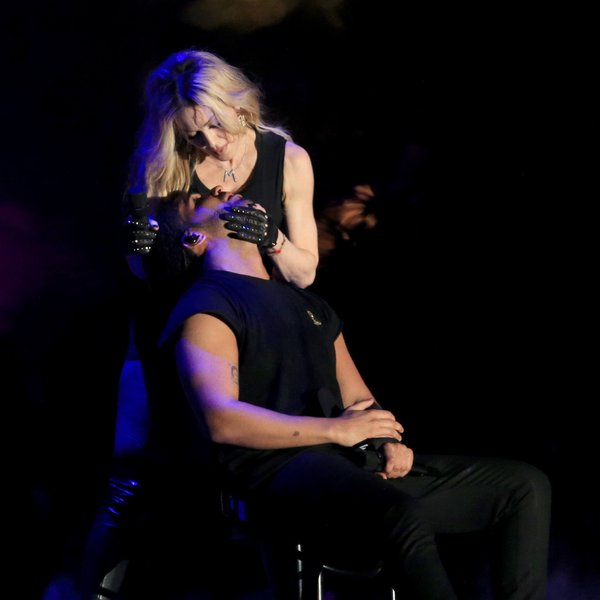