#FirstTweet See What The Stars Said When They Joined Twitter 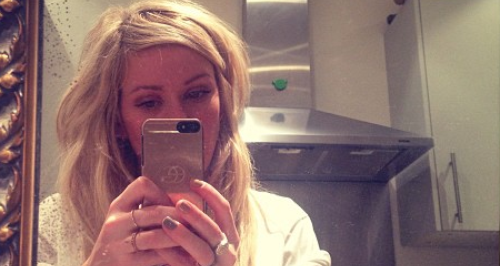 As Twitter turns 8, we're looking back at what some of the world's biggest artists were saying when they jumped on the Twitter band wagon.

As Twitter celebrates it's eighth birthday the world is looking back at what they first said when they joined the social networking site.

Who knew it would become as big as it is? Who knew Katy Perry would end up with over 50 million followers after posting she had just arrived in Berlin? Ed Sheeran even had his doubts.

Join us as we go back in time to find the #FirstTweet of some of our favourite stars.

is with justin and alan, learning to be a lady

I wish I didn't spontaneously burst into tears in people's studios. Highly embarrassing for them

just joined tiwtter at mr @jakegosling house, he said its a good idea, do you agree? im not convinced yet

Enjoying my day at home :)

op rehearsing for my video just dance and am now at wmc to perform at the Armani and nervous records party. But I am no nervous record! ...

Ssup it's P and i am OTHER. I'd like to send my first tweet and thank everyone who has supported my vision and endeavors over the years.

In The Studio With Far east Movement

i have officially entered the 20th century. i mean the 21st.

Just got into Berlin... feeling better thank you, have my vicks inhaler by my bedside... and P.S. I TWITTTTER! GAH. Such a follower!

This is a test Future History Music Group

What was your #FirstTweet? Tweet @CapitalOffical and let us know...