16 Emojis That Look TOTALLY Different On Other Phones - And Why They Could Make Things Hella Awkward!

It's pretty safe to say that at least half the world is officially bilingual - as we're declaring that emoji is an actual language (because we say so!).

But be warned before you start boasting about your new found language skills - because some emojis look different depending on what phone you're using!

> Celebrity Snapchat Usernames: The ULTIMATE List You Need To Up Your Stalking Game

Instead of writing an essay about the water cycle, osmosis or the works of Shakespeare, some boffins at GroupLens have studied what people think emojis actually mean based on their device - and things could be getting hella awkward! 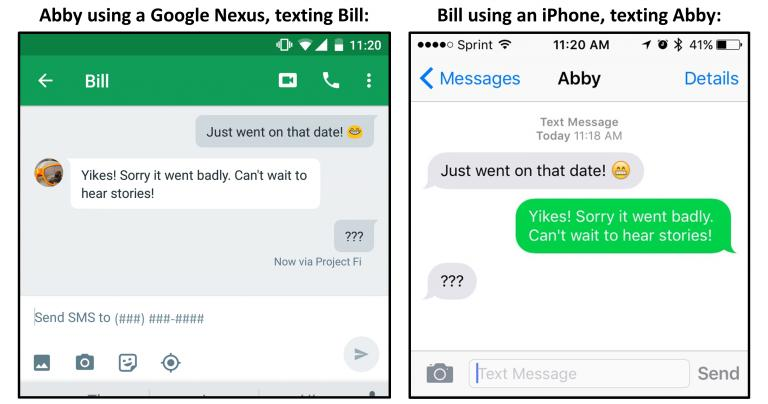 We know that anything more than 140 character ain't worth reading, so we'll summarise... You know that awkward/cringey emoji

on an iPhone? That's actually a HAPPY face

But it's not just that grinning face that looks strange on other phones, here's a list of all the emojis that look TOTALLY different and could change the meaning of your conversations entirely!