Reasons Pop Stars Should Never Date Each Other 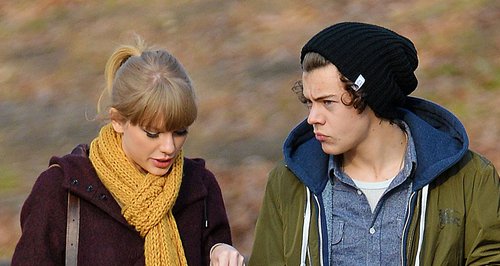 We've all seen the huge fallouts right? The awkward moments in public? Yep, sometimes it seems dating a fellow pop star is just not a good idea.

With Valentine's Day this week, we've decided to highlight just some of those reasons why being a huge pop star and dating another huge pop star might not be the best mix.

Don't get it us wrong, sometimes it works... we're simply offering a few words of advice for those who fall head over heels a little too quickly...

It's currently award season. No chance of avoiding one another here we're afraid There's no hiding from your dating history...

Messy break-up? Not speaking to each other? Well, you'll never get to perform that awesome duet again!

It's never fun to air the dirty laundry in public, and no-one wants to see a game of "I'm more famous"

Fans of theirs will say mean things about you on Twitter...

Think about all those future relationships. They'll constantly be comparing themselves to your high-profile ex. And if they happen to catch them on your TV #NotFair

If you are going to go out with a fellow star, make sure you are ACTUALLY going out > 14 Pictures To Make You Believe In Love

> 20 Pics To Make You Fall In Love With The Vamps