The Dancing #DashCam Policeman Is Back Covering Everything From Ed Sheeran To Magic!

Watch these policemen in action covering ALL the biggest hits of the past year. #InternetGold

The dancing Delaware policeman is back… and this time he's brought along a friend for his #DashCamDuets viral video!

After taking the world by storm back in January this year with his 'Shake It Off' viral piece, Officer Jeff Davis from the Dover Police Department has created a sequel that's even BETTER than the original. 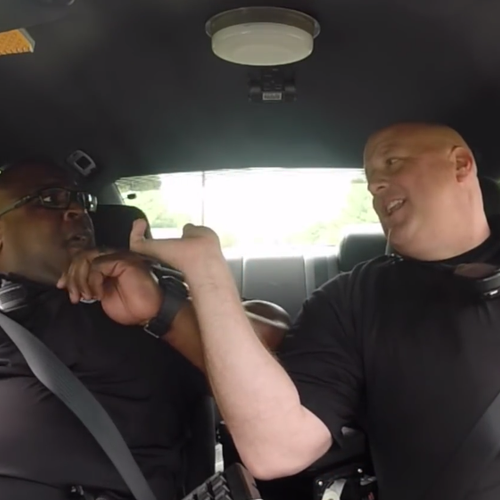 This time Jeff and his police department pal take on everything from Magic!'s 'Rude' to Ed Sheeran's 'Thinking Out Loud'.

And when 'Turn Down For What' comes on the stereo halfway through… all bets are off!

This is what the term 'viral video' was created for…!